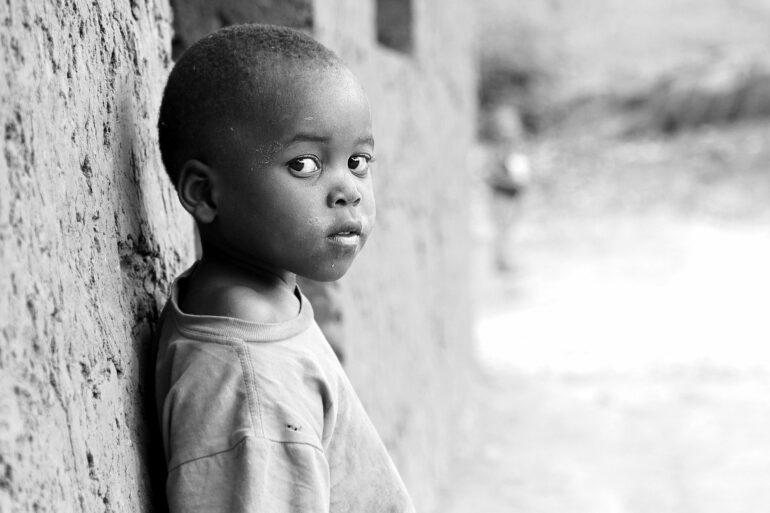 Vitamin B12 deficiency in infants leads to poor motor development and anemia, according to a study from Burkina Faso conducted by the University of Copenhagen and Médecins Sans Frontières. B12 deficiency is an enormous yet overlooked problem, and the food relief we currently supply is not helping. According to the researchers, the problem calls for new solutions.

In Denmark, cases of poor psychomotor development are regularly seen in young children raised on vegan diets, though such outcomes are preventable with daily B12 supplements. But for children in low-income countries, the chances of ever meeting their vitamin B12 requirements are far worse. This is reflected in widespread B12 deficiency among young children in Burkina Faso, according to a study from the University of Copenhagen conducted in collaboration with Médecins Sans Frontières (Doctors Without Borders). The results have been published in the journal PLOS Medicine.

A lack of vitamin B12 doesn’t just potentially lead to anemia, it can damage the nervous system. And for young children, B12 is crucial for brain development.

“Among the many children who participated in our study, we found a strong correlation between vitamin B12 deficiency and poor motor development and anemia,” says Henrik Friis, first author of the study and a professor at the University of Copenhagen’s Department of Nutrition, Exercise and Sports.

For many years, there has been a focus on vitamin A, zinc and iron deficiencies when it comes to malnutrition across the globe, whereas there is a paucity of research on B12 deficiency.

“B12 deficiency is one of the most overlooked problems out there when it comes to malnutrition. And unfortunately, we can see that the food relief we provide today is not up to the task,” says Friis, who has worked with nutrition and health in low-income countries for many years.

Over 1,000 children with acute malnutrition aged 6-23 months participated in the study. The children’s B12 levels were measured both before and after three months of daily food relief rations containing the recommended B12 content. When the study began, two-thirds of the children had either low or marginal levels of B12.

Short-term food relief does not fill up B12 stores

“During the period when children were provided with food relief, their B12 levels increased, before decreasing considerably once we stopped the program. Despite provisioning them with food relief for three months, their stores remained far from topped up. This, when a typical food relief program only runs for four weeks,” says Friis.

Even after three months of food relief, one-third of the children continued to have low or marginal levels of B12 stored. The unfortunate explanation is that there is a cap on how much B12 can be absorbed.

“A child’s gut can only absorb 1 microgram of B12 per meal. So, if a child is lacking 500 micrograms, it will take much longer than the few weeks that they have access to emergency food relief,” explains Vibeke Brix Christensen, a pediatrician and medical advisor to Médecins Sans Frontières and co-author of the study.

“Furthermore, longer-term relief programs aren’t realistic, as humanitarian organizations are trying to reduce the duration of treatment regimens with the aim of being able to serve a larger number of children for the same amount of money,” continues Christensen.

She points out that it might make a difference to divide the necessary amount of vitamin B12 across several meals, which would probably allow children to absorb the same amount of B12 each time. But the problem is that if widespread B12 deficiency appears among children in low-income countries, it is difficult to do anything about it.

New solutions needed on the table

Preventing B12 deficiency would be the best course of action. Unfortunately, lasting solutions have yet to become readily available, according to Professor Friis.

Because our bodies cannot produce B12 on their own, we need to have it supplied to us through animal-based products or synthetic supplements. However, in many low-income countries, access to animal-based foods is incredibly difficult for the general population. One might wonder, are tablets or fortified foodstuffs the way to prevention?

“Possibly, but the problem in low-income countries is poorly resourced and weak health care systems. Handing out tablets to millions and millions of people is not cost-effective. And to enrich foods with B12, it must be added to foodstuffs that are accessible to the poor. This requires industrial expansion, as many people currently eat only what they can produce themselves. Furthermore, it requires legislation that it is not based on voluntary participation,” says Friis, who has greater faith in other types of solutions:

“Individual households could be incentivized to keep chickens and perhaps goats, which a mother could manage and use to provide access to animal-based foodstuffs. Finally, work needs to be done to develop fermented products with B12 producing bacteria⁠—something that doesn’t yet exist, but towards which researchers and companies are already working,” concludes Henrik Friis.

The researchers are in dialogue with UNICEF’s Supply Division, based in Copenhagen, about how products to treat moderate to acute malnutrition can be improved.


Citation:
B12 deficiency harms young children’s development, and food relief is not good enough, says a new study (2022, May 3)