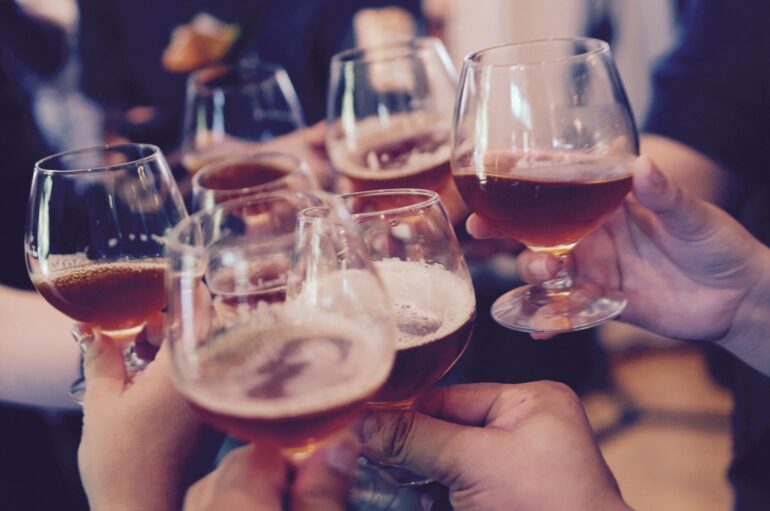 The study, published January 12, 2022 in Nature Cardiovascular Research, is the first to show an association between increased drinking and hospital visits for atrial fibrillation (AF) in a large population, and the first to link acute alcohol consumption with an increased incidence of new-onset AF in previously undiagnosed individuals.

“Our new data suggest that acute alcohol consumption in the general population is associated with a higher risk of an episode of atrial fibrillation, including a higher risk for a first episode of atrial fibrillation among individuals never previously diagnosed with the condition,” said senior study author Gregory Marcus, MD, MAS, a professor of medicine at UCSF and associate chief of cardiology for research at UCSF Health.

“Worldwide, alcohol is the most popularly consumed drug, and it now is clear that alcohol consumption is an important risk factor for atrial fibrillation,” he said.

According to the Centers for Disease Control and Prevention, AF contributes to approximately 158,000 U.S. deaths each year. It is a major cause of stroke, as blood clots can form inside fibrillation-prone atria, the upper chambers of the heart. About 12 million people in the U.S. have AF, with steadily increasing numbers of individuals diagnosed over the past two decades.

Atrial fibrillation most often arises in individuals with pre-existing heart conditions, but other chronic health conditions, including potentially modifiable behaviors such as obesity and alcohol consumption, also have previously been associated with its development. However, acute triggers of potentially life-threatening AF episodes can be more difficult to study, Marcus said.

Marcus recently led a controlled interventional study of 100 AF patients about to undergo surgery for the condition, and identified physiological changes to the heart triggered by elevated blood alcohol. Although the researchers observed no AF episodes during that short study, the alcohol-induced changes they observed in the heart had previously been associated with elevated risk of AF. In a subsequent study of acute alcohol consumption in a different set of 100 patients diagnosed with AF, Marcus and colleagues found that episodes of AF were associated with self-reported drinking shortly before.

In the new study, Marcus’ research team first identified days when people are more likely to drink more. The scientists analyzed data without individual identifiers from 36,158 people from all states and 59 countries who used a commercially available, Bluetooth-enabled breathalyzer device—a total of 1,269,054 breath alcohol measurements—and looked for days of the year when individuals used their devices significantly more often or had higher breathalyzer measurements.

“In the broad general population encompassing all Californians, we wanted to test the hypothesis that during the dates and events we first identified as being associated with elevated alcohol consumption in the breathalyzer users, we would also see more ER visits for atrial fibrillation,” Marcus said. “This would imply that there is a nearly immediate relationship between excess alcohol consumption and more atrial fibrillation within the population.”

The researchers reviewed records from the California’s Office of Statewide Health Planning and Development (OSHPD) of California hospital emergency room visits from January 1, 2005 to December 30, 2015, and identified visits coded for a diagnosis AF. They compared the weeks associated with greater alcohol consumption to all other weeks of the year to see if there were more AF visits on days when people are known to drink more.

They found that there was a significantly elevated number of hospital visits for AF when all those empirically identified events were compared to all other days of the year. The results remained significant when comparing all other days of the year versus each of the following events alone: New Year’s Day, initiation of Daylight Savings time, Super Bowl Sunday, and Christmas.

“A ‘negative control’ analysis examining another common heart rhythm problem—supraventricular tachycardia—did not reveal the same relationships, suggesting there is something indeed uniquely important about the alcohol as a risk factor for acute atrial fibrillation, rather than alcohol as a general determinant of a medical visit or even all heart rhythm problems,” Marcus explained.

To analyze the incidence of AF hospital-visit rates within subsets of the California population, the researchers broke down the data by age, sex, and race/ethnicity for patients visiting the emergency department with AF, and used 2019 California Census data for measures of total subset population sizes. They found the greatest association between acute alcohol consumption and hospital visits for AF among those over age 65.

In addition, compared to other days, on the recurrent days associated with elevated drinking, the researchers identified an even greater percentage increase in hospital visits for AF among those not previously diagnosed with AF, in comparison to the increase in ER visits on these same days among the previously diagnosed with the condition. According to Marcus, the study suggests that many new cases of AF are triggered specifically by acute alcohol consumption.