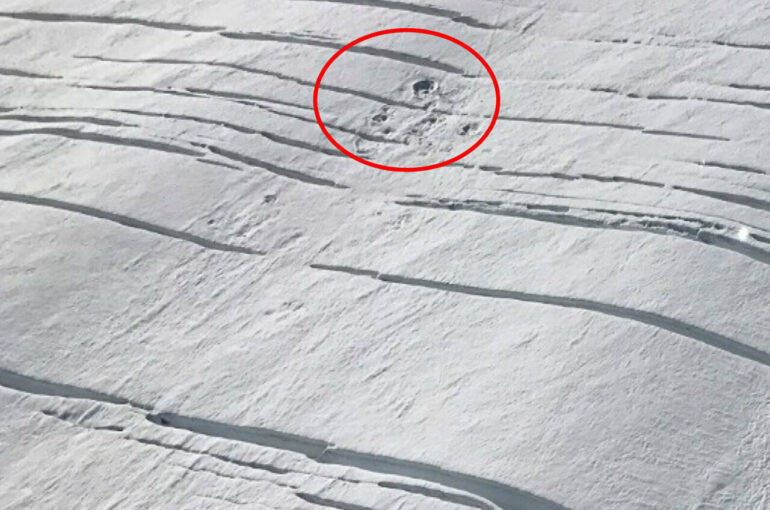 A trapped mountaineer survived after enduring 16 frigid hours wedged in a crevasse on Denali (Mount McKinley) in Alaska. His long and difficult rescue in frigid conditions and care in the critical aftermath are examined in the current issue of Wilderness & Environmental Medicine. This compelling case study highlights the distinguishing factors that led to the successful outcome.

The mountaineer was wedged about 20 meters deep in the crevasse, waiting 4.5 hours for a rescue team to arrive, followed by an 11.5-hour extrication process. His condition deteriorated and he eventually lost consciousness. Even though the rescue team collectively felt there was little to no chance of survival, they continued rescue efforts until the victim was extricated from the crevasse. He was almost immediately placed in a hypothermia wrap with active warming, loaded onto a rescue helicopter, and transported to a hospital in Fairbanks, Alaska. He was released after 14 days and made a full recovery.

“This case documents the heroic, persistent and expert rescue efforts of a group of people dedicated to saving lives. After conferring with the chief rescuer and chief of medical personnel, we pulled together our collective insights about the challenges of extracting climbers from extremely confined spaces and providing medical care to those who have had extended cold exposure,” explained lead investigator Gordon G. Giesbrecht, Ph.D., Laboratory for Exercise and Environmental Medicine, Faculty of Kinesiology and Recreation Management, Departments of Emergency Medicine and Anesthesia, University of Manitoba, Winnipeg, MB, Canada.

Their recommendations build on lessons learned from a previously published case study of a helicopter pilot who died after being trapped in an icy crevasse for only four hours. In that paper, Dr. Giesbrecht identified the need to develop processes for search and rescue personnel to prevent circum-rescue collapse, which is a complex physiological response to extreme cold that is worsened by improper handling of the patient. He cautioned that rescuers should be trained with the principle that the colder the victim is, the more care is required to perform horizontal extrication as gently as possible. Adding a few minutes for gentle handling and to reposition will not significantly increase cold exposure, but will greatly minimize the chance of rescue collapse.

“Responders should be aware of the causes, symptoms, and prevention of rescue collapse. Training should include techniques for transitioning a victim gently from vertical to a horizontal supine or, for narrower passages, to a lateral decubitus position. Even if a victim has to be hauled up in a vertical position, a simple technique using a sling or rope under the knees allows a simple, gentle and horizontal extrication from the crevasse to the surface,” noted Dr. Giesbrecht.

This case emphasized the need to continue extrication and treatment efforts for a cold patient even when survival with hypothermia seems impossible. It also underscored the need for rescue teams to pre-plan equipment and procedures specific to crevasse rescue of potentially cold patients.

This case highlights an important mix of preventive and resuscitative lessons and recommendations regarding crevasse rescue in an isolated location:

Urging climbers to rope up for glacier travel in areas with known and possible crevasses.Making sure that any rescuers who descend into crevasses are continuously observed by someone who remains on the surface and has radio contact to call for immediate assistance.Recognizing that respirations are often more easily detected than pulses.Trying unorthodox extrication methods when necessary.Ensuring that rescue teams deployed for crevasse rescues carry kits with a pneumatic hammer-chisel (important for extrication), a tripod and winch, a hypothermia wrap made of a sleeping bag and chemical heating blankets, onboard oxygen supply with an adapter that connects to nasal prongs or a patient’s mask, a mechanical chest compression device, an automated external defibrillator, and IV saline with a fluid warmer. The Denali National Park and Preserve mountaineering rangers now include such kits in their rescue aircraft.

The investigators plan to submit a standardized rescue process based on these recommendations for publication after completing field testing in the summer of 2023.

When asked about what he considered the most crucial factor for survival, Dr. Giesbrecht stressed that rescuers should never give up, even when the patient’s survival with hypothermia seems impossible.