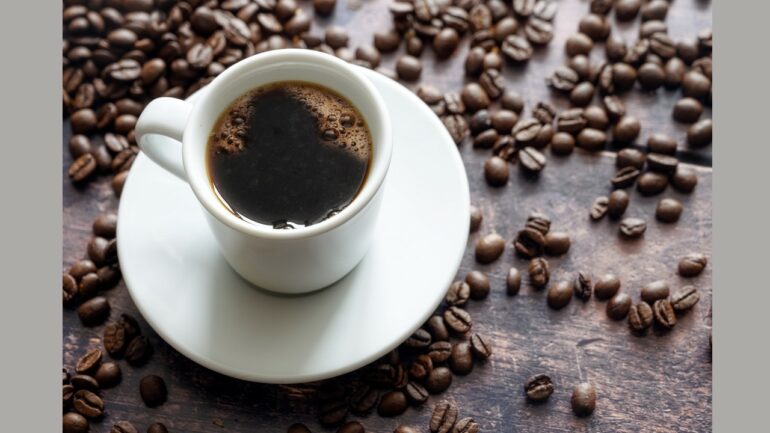 If you need another reason to start the day drinking a cup of joe, a recent study by Johns Hopkins Medicine researchers has revealed that consuming at least one cup of coffee a day may reduce the risk of acute kidney injury (AKI) when compared to those who do not drink coffee.

The findings, published May 5 in the journal Kidney International Reports, show that those who drank any quantity of coffee every day had a 15% lower risk of AKI, with the largest reductions observed in the group that drank two to three cups a day (a 22%–23% lower risk).

“We already know that drinking coffee on a regular basis has been associated with the prevention of chronic and degenerative diseases including type 2 diabetes, cardiovascular disease and liver disease,” says study corresponding author Chirag Parikh, M.D., Ph.D., director of the Division of Nephrology and professor of medicine at the Johns Hopkins University School of Medicine. “We can now add a possible reduction in AKI risk to the growing list of health benefits for caffeine.”

AKI, as described by the National Kidney Foundation, is a “sudden episode of kidney failure or kidney damage that happens within a few hours or a few days.” This causes waste products to build up in the blood, making it hard for kidneys to maintain the correct balance of fluids in the body.

AKI symptoms differ depending on the cause and may include: too little urine leaving the body; swelling in the legs and ankles, and around the eyes; fatigue; shortness of breath; confusion; nausea; chest pain; and in severe cases, seizures or coma. The disorder is most commonly seen in hospitalized patients whose kidneys are affected by medical and surgical stress and complications.

Using data from the Atherosclerosis Risk in Communities Study, an ongoing survey of cardiovascular disease in four U.S. communities, researchers assessed 14,207 adults recruited between 1987 and 1989 with a median age of 54. Participants were surveyed seven times over a 24-year period as to the number of 8-ounce cups of coffee they consumed per day: zero, one, two to three, or more than three. During the survey period, there were 1,694 cases of acute kidney injury recorded.

When accounting for demographic characteristics, socioeconomic status, lifestyle influences and dietary factors, there was a 15% lower risk of AKI for participants who consumed any amount of coffee versus those who did not. When adjusting for additional comorbidities—such as blood pressure, body mass index (BMI), diabetes status, use of antihypertensive medication and kidney function—individuals who drank coffee still had an 11% lower risk of developing AKI compared with those who did not.

“We suspect that the reason for coffee’s impact on AKI risk may be that either biologically active compounds combined with caffeine or just the caffeine itself improves perfusion and oxygen utilization within the kidneys,” says Parikh. “Good kidney function and tolerance to AKI—is dependent on a steady blood supply and oxygen.”

More studies are needed, Parikh says, to define the possible protective mechanisms of coffee consumption for kidneys, especially at the cellular level.

“Caffeine has been postulated to inhibit the production of molecules that cause chemical imbalances and the use of too much oxygen in the kidneys,” he explains. “Perhaps caffeine helps the kidneys maintain a more stable system.”

Parikh and his colleagues note that coffee additives such as milk, half-and-half, creamer, sugar or sweeteners also could influence AKI risks and warrant further investigation. Additionally, the authors say that consumption of other types of caffeinated beverages, such as tea or soda, should be considered as a possible confounding factor.