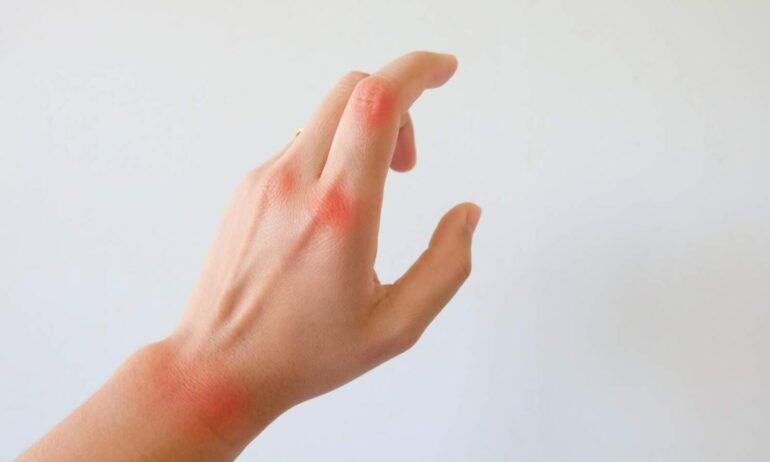 Breathing in common workplace dusts and fumes from agents such as vapors, gases, and solvents may heighten the risk of developing rheumatoid arthritis, suggests research published online in the Annals of the Rheumatic Diseases.

What’s more, such vapors, gases, and solvents seem to boost the detrimental impact of smoking and genetic susceptibility to the disease, the findings indicate.

Rheumatoid arthritis (RA) is a chronic autoimmune joint disorder characterized by painful and disabling inflammation. It affects up to 1% of the world’s population.

While it’s known that cigarette smoking increases the risk of developing rheumatoid arthritis, it isn’t known what impact breathing in workplace dusts and fumes might have.

In a bid to find out, researchers drew on data from the Swedish Epidemiological Investigation of RA. This comprises 4,033 people newly diagnosed between 1996 and 2017, and 6,485 others matched for age and sex, but free of the disease (comparison group).

Personal job histories were provided and used to estimate the amount of individual exposure to 32 airborne workplace agents, using a validated technique. Each participant was assigned a Genetic Risk Score (GRS), according to whether they carried genes that could increase their chances of developing rheumatoid arthritis.

Rheumatoid arthritis is characterized by the presence or absence of anti-citrullinated protein antibodies or ACPA for short. ACPA positivity denotes a worse prognosis with higher rates of erosive joint damage.

Nearly three-quarters of those with rheumatoid arthritis testing positive (73%) and negative (72%) for ACPA had been exposed to at least one workplace dust or fume, compared with around two-thirds (67%) of people in the comparison group.

Analysis of the data showed that exposure to workplace agents was not only associated with a heightened risk of developing rheumatoid arthritis, but also seemed to boost that risk further by interacting with smoking and genetic susceptibility.

Exposure to any workplace agent was associated with a 25% heightened risk of developing ACPA-positive rheumatoid arthritis, overall. And this risk increased to 40% in men.

The risk increased in tandem with the number of agents and duration of exposure, with the strongest associations seen for exposures lasting around 8-15 years. Men tended to have been exposed to more agents, and for longer, than women.

“Triple exposure”—to a workplace agent, combined with smoking and a high GRS—was associated with a very high risk of ACPA-positive disease, ranging from 16 to 68 times higher, compared with “triple non-exposure.”

In particular, the risk of developing ACPA-positive rheumatoid arthritis for the triply-exposed was 45 times higher for gasoline engine exhaust fumes, 28 times for diesel exhaust, 68 times higher for insecticides and 32 times higher for quartz dust (silica). The corresponding range for ACPA-negative disease wasn’t significant.

This is an observational study, and as such, can’t establish cause. The researchers also acknowledge several limitations to their findings: The study relied on personal recall; and while the exposure estimates were derived using a validated method, the results could be relatively crude. Additionally, given that there are often several workplace agents in the air at any one time, it is difficult to pinpoint which ones might be the triggers.

Nevertheless, the researchers conclude, “Occupational inhalable agents could act as important environmental triggers in RA development and interact with smoking and RA-risk genes, leading to excessive risk for ACPA-positive RA.”

They add, “Our study emphasizes the importance of occupational respiratory protections, particularly for individuals who are genetically predisposed to RA.”

“First, each occupational inhalable agent had a unique profile of the way it interacted with RA risk genes and with smoking….These unique interactions suggest that if the relationship between inhalable agents and RA is indeed causal, they may do so via distinct pathways.”

Alluding to the stronger associations found for ACPA positivity, Dr. Sparks comments that the findings further support the growing belief that ACPA positive disease may be very different from ACPA negative rheumatoid arthritis.

Greater public health efforts are needed to curb the risk of developing rheumatoid arthritis, he concludes.