COVID restrictions may have contributed to increase in RSV infections 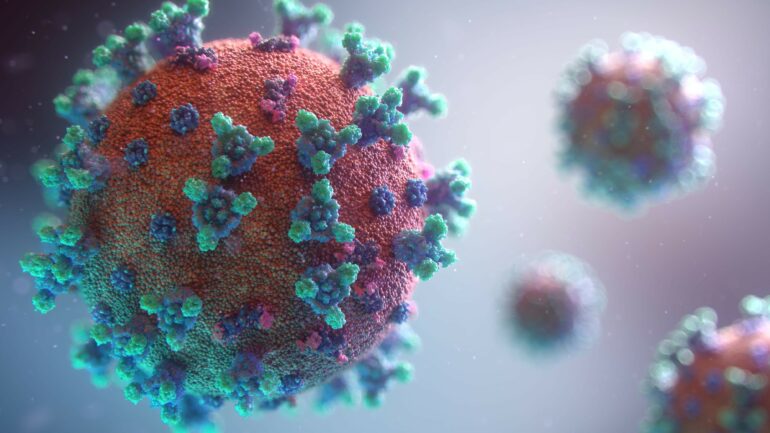 Annual spikes in infections from the respiratory syncytial virus—or RSV—are usually so predictable that “you can set your clock” by it, says Yale School of Public Health Associate Professor of Epidemiology (Microbial Diseases) Daniel Weinberger.

Normally a cold-weather epidemic, RSV usually spreads among young children, straining hospitals in the Northern Hemisphere as early as late October and lasting until the cold and flu season wanes in spring.

The COVID-19 pandemic appears to have upended this rhythm in one country and possibly others.

Weinberger, together with YSPH Ph.D. student Zhe Zheng, Associate Professor Virginia Pitzer, ScD, and an international team of researchers, recently published a study suggesting that a surge of RSV infections began in the Netherlands last summer and has lingered in the country ever since.

The pre-print study, published on medRxiv and produced collaboratively among epidemiologists in the U.S., France, and the Netherlands, has yet to be peer-reviewed. But its findings show that non-pharmaceutical interventions which were used to stop the spread of COVID-19, like social distancing and school closures, may have helped create a so-called “immunity debt” that is impacting children today.

“We saw all around the world that RSV basically disappeared [during COVID]—it’s one of the most common causes of hospitalization in young patients, and it was completely eliminated for over a year, which was really remarkable,” Weinberger said. “Our colleagues in the Netherlands had the foresight when this unusual pattern started to put excellent surveillance into place to monitor the occurrence of RSV around the country.”

The change in infection rates isn’t entirely a bad thing, Weinberger cautions. Even though RSV-related hospitalizations are now climbing in the United States and abroad, the fact that many children are being exposed to the illness later in life could lead to less severe infections overall.

“We have seen an age shift in the RSV epidemic recently,” Weinberger said. “Kids that were coming in this year and last year are on average a little bit older than the kids who were coming in before the pandemic, and we think that’s partially because they’ve never been exposed before. That’s actually better because older kids are less susceptible to very severe outcomes from RSV.”

As part of their analysis, the Dutch team, led by Professor Louis Bont, collected real-time pediatric RSV illness data from 46 hospitals across the Netherlands from May 2021 to September 2022. Combined with existing surveillance data on RSV illnesses by patient age, and analyzed with mathematical models, their analysis revealed an “unusual” RSV epidemic pattern within the country, the study’s authors said.

Graphs in their paper show a dagger-like spike in RSV infections almost immediately following the end of a COVID-19 lockdown period in June 2021, followed by a prolonged period of continuous transmission of RSV at mid-to-high levels through July 2022.

These occurrences may be partially explained by waning population immunity, the researchers write—an “immunity debt”—which the Netherlands is only now catching up on.

“Normally, you’re exposed to RSV during the winter and your immunity gets boosted a little bit as you get re-exposed and your immune system gets recharged,” Weinberger said. “But we had this long period where people weren’t getting exposed, where we had more people who had never seen RSV, and also people who hadn’t seen RSV in a long time who were more susceptible to infections. A combination of those things, we think, led to this sustained transmission of RSV over quite a long period.”

The researchers concede their study has limitations. For one, some hospitals in the Netherlands did not consistently give the researchers data. And the data that they received was not always standardized. The researchers write in their paper that these issues may have led to an underestimation of the number of RSV-related illnesses in the country.

As eviction rates rise, so do local death rates, US study finds

Still, good news might be coming. Weinberger said that—based on the current data—the United States could be on the tail end of its RSV epidemic for this season. And RSV’s seasonal cycles may return to their clock-like reliability by next winter, the researchers predict, as herd immunity to RSV infections goes back to what it was before the pandemic.

“Based on our models, we can expect that we are going to return to a regular seasonal pattern in the pretty near future,” he said. “We can already see that happening in the Southern Hemisphere, where they are just now coming out of the winter, where countries seem to be returning to a more regular cycle of RSV.”


Citation:
COVID restrictions may have contributed to increase in RSV infections (2022, December 16)