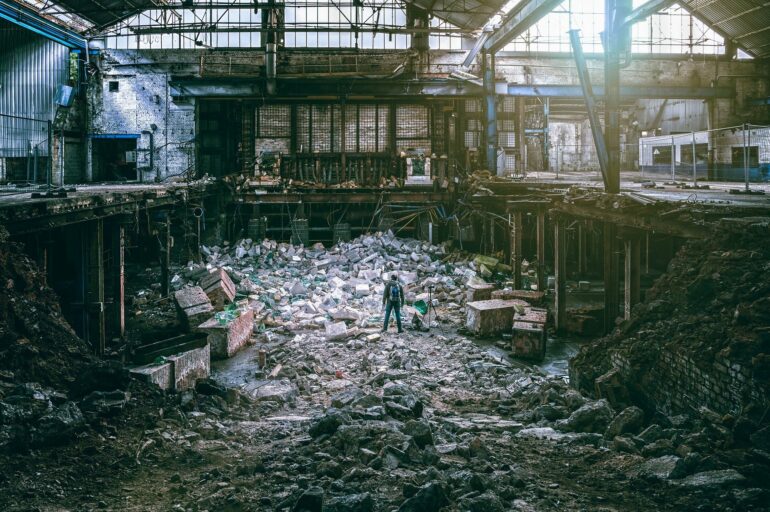 Major weather events such as last month’s 6.4 magnitude California earthquake, tornados in Louisiana, and a “once-in-a-generation” multi-state winter storm caused major damage to homes across the US and disrupted daily lives. As climate experts predict these natural disasters will continue to increase in severity and frequency, a new study led by a School of Public Health researcher is shedding new insight on the adverse health impacts that certain vulnerable populations experience following the loss of a home due to severe weather damage.

Published in Psychiatry and Clinical Neurosciences, the study found that individuals from disadvantaged backgrounds disproportionately experience disaster-related home loss—and that they are more likely to be severely affected by home loss, namely by developing physical and mental functional limitations in the years after they lose their home.

The first-of-its-kind study builds upon previous research that has focused only on population-average data of home loss and adverse health effects; the new study identifies subgroups of vulnerable populations who are more likely to be severely affected by this traumatic experience. These include people who are older, not married, living alone, less educated, and unemployed, as well as those who had health problems prior to the losing their home.

The researchers say that identifying populations at exceptionally high risk of post-disaster functional impairment may better inform resource allocation during disaster mitigation, preparedness, response, and recovery efforts at the local and federal level.

“Our study moved beyond the traditional finding on population-average effects and identified complex effect heterogeneity,” says study lead and corresponding author Dr. Koichiro Shiba, assistant professor of epidemiology at Boston University School of Public Health. “These results help policymakers by providing insights on the impacts that disaster damages may have on health disparities, which analysis of population-average effects ignores. The results can also be used to identify which subpopulations need to be prioritized in post-disaster public health supports.”

For the study, Dr. Shiba and colleagues used machine learning methods to identify variations in the association between disaster-related trauma and functional limitations among a group of older survivors of the 2011 Great East Japan Earthquake and Tsunami. The 9.1-magnitude earthquake and 40-meter tsunami killed nearly 16,000 people and rendered more than 450,000 people homeless. The team used pre- and post-disaster survey data from the Iwanuma Study, part of a larger nationwide study of the living conditions of Japanese older adults, to measure individuals’ functional limitations in 2013 and 2016 based on three indicators: standardized assessments of physical disability (such as whether someone can turn over in bed independently); the ability to accomplish daily activities independently (such as walking, bathing, going to the bathroom); and higher-level functional capacities (such as using public transportation).

The researchers found that individuals experiencing more severe functional limitations after home loss tended to have less education and more pre-disaster health problems, such as depression. But notably, they also found that these individuals had higher income prior to losing their home.

One speculation for this finding could be explained by status inconsistency—”where different aspects of social status contradict with each other and potentially magnify the adverse impacts of disaster-related home loss,” Shiba explains. Previous studies have shown that higher-income people are also more likely to engage in excessive drinking, which could lead to limited functioning. Another explanation, he says, is that “instead of moving to a temporary housing village with other survivors, richer people might have been able to afford and relocate to private housing after home loss, which could result in loss of pre-existing social capital and support.”