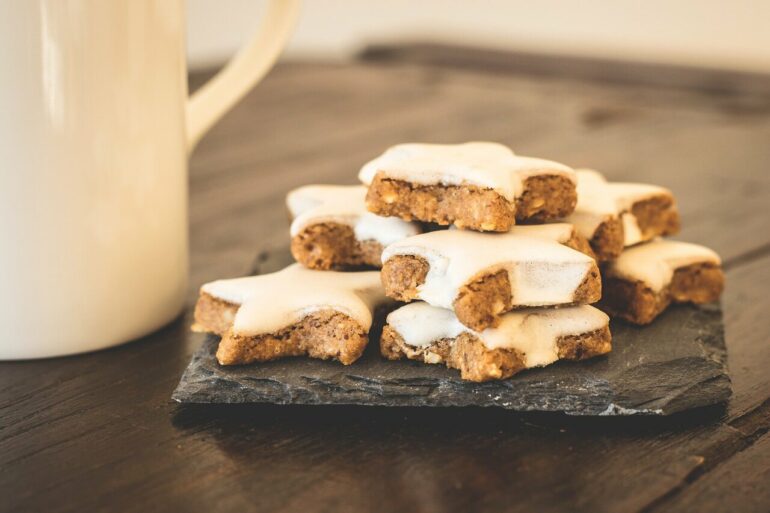 Although it’s obvious that a diet of hot dogs and ice cream won’t lead to a healthy physical life, new research illuminates how ultra-processed foods can also cause a significant decrease in brain function.

Research presented Monday at the Alzheimer’s Association International Conference in San Diego outlined how foods such as instant noodles, sugary drinks and frozen meals all play a factor in a faster rate of cognitive decline.

“It’s no secret that physical and mental-cognitive health are intimately involved with each other, so it’s no surprise that this latest research suggests brain impairment, too,” said Rafael Perez-Escamilla, a professor of public health at Yale University.

Research has linked ultra-processed food consumption to health problems like obesity, cardiovascular disease, diabetes and cancers. “And now, we are starting to realize they affect the mind,” Perez-Escamilla said. “That’s because they cause inflammation, which can affect neurotransmitters in the brain. Processed foods also operate on a micro level with billions and billions of bacteria cells that (impair) functioning.”

Researchers presented the findings at the Alzheimer’s Association International Conference from a study—not yet peer-reviewed—in Brazil that examined the diets and cognition of 10,000 middle-aged and older adults.

The findings found that participants who were getting 20% or more of their daily calories from ultra-processed foods saw a far faster decline in cognitive performance over the span of six to 10 years versus people with diets containing few processed foods.

“It is a robust study, and the evidence is very consistent with what has been observed with ultra-processed food over time,” said Perez-Escamilla, who was not involved in the study.

Processed foods require little preparation and are often easy to consume because they usually don’t lead to feeling as full as when eating whole foods like fruits, vegetables, beans, potatoes, eggs, seafood or meat, Perez Escamilla noted. And a wide array of ultra-processed foods can be disguised or even promoted as healthy.

“Ultra-processed foods are a problem not just later in life but starting at the beginning of life in the toddler, preschool period,” Perez-Escamilla said. “That’s when kids develop a taste or preference for ultra-processed foods that determine future risk.”

What is processed food?

Processed foods are items with very few whole ingredients and often contain flavorings, colorings or other additives. On the list would include bread, crackers, cookies, fried snacks, cream cheese, ice cream, candy, soda and hot dogs. Frozen meals are also at the forefront of processed foods.

Studies on the American diet reveal that 58% of calories are consumed via processed food in the U.S., according to a 2016 peer-reviewed study.

Claudia Suemoto, author of the study on cognitive decline and assistant professor of geriatrics at the University of Sao Paulo Medical School, said it’s essential to look at more than simply calorie counting when considering both mind and body.

Dr. Cate Shanahan, an expert on food toxicology and the author of “Deep Nutrition: Why Your Genes Need Traditional Food,” describes fried foods at restaurants as “the worst of the worst” and noted that french fries have become among the most fattening of foods.

“If you try to Google processed foods for a definition, there are all different types of answers,” Shanahan said. “Processed foods are really just foods that have unhealthy ingredients present in high amount. That could be process carbohydrates like flower and sugar, protein powders. Seed oils are the absolute worst thing in the food supply. We call them the eight unhealthy oils—corn oil, canola oil, cottonseed oil, soy oil, sunflower oil, safflower oil, rapeseed oil and rice bran oil.”

Percy Griffin, director of scientific engagement for the Alzheimer’s Association, said in a statement that the latest study shows a correlation between processed foods and cognitive decline—not a direct cause—and that there are many considerations in consumption of processed foods.

“An increase in the availability and consumption of fast, processed and ultra-processed foods is due to a number of socioeconomic factors, including low access to healthy foods, less time to prepare foods from scratch and inability to afford whole food options,” Griffin said in a statement.

Just over half the study’s participants were women, white or college-educated. The average age was 51.

Adrienne DePaul, a registered dietitian nutritionist at Health Loft in Chicago, said the growing prevalence of ultra-processed foods often can come as a result of many Americans’ budgets and it’s important to be empathic to those who have less money or access to fresher, whole foods when grocery shopping.

“Ultra-processed foods tend to be consumed more frequently by people who have financial constraints or who are not able to commit time to preparing meals from scratch,” DePaul said. “We have to be careful about taking results like these and turning them into individualized recommendations.”

Shanahan noted that there are still workarounds to maintain a healthy diet: “Vegetables can be expensive and highly perishable, too. Dairy, eggs and ground meat can work as highly nutritious foods for someone struggling money-wise. Our bodies need quality protein, and there are multiple ways to get that.”