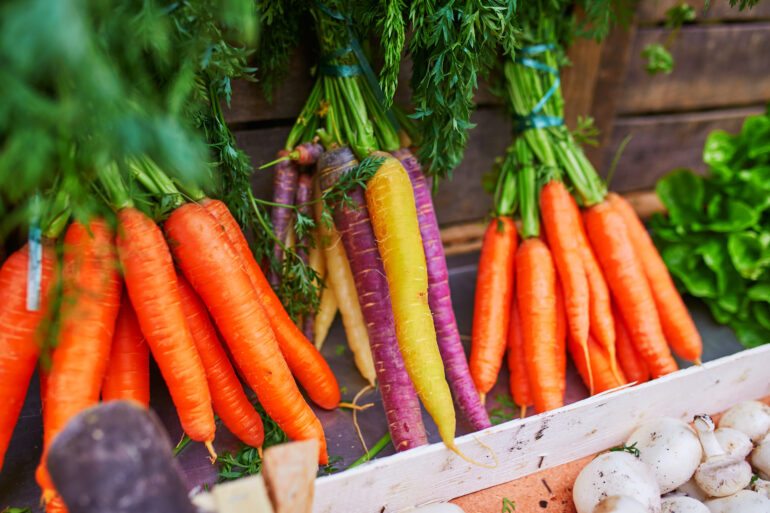 A sufficient intake of vegetables is important for maintaining a balanced diet and avoiding a wide range of diseases. But might a diet rich in vegetables also lower the risk of cardiovascular disease (CVD)? Unfortunately, researchers from the Nuffield Department of Population Health at the University of Oxford, the Chinese University of Hong Kong, and the University of Bristol found no evidence for this.

That the consumption of vegetables might lower the risk of CVD might at first sight seem plausible, as their ingredients such as carotenoids and alpha-tocopherol have properties that could protect against CVD. But so far, the evidence from previous studies for an overall effect of vegetable consumption on CVD has been inconsistent.

Now, new results from a powerful, large-scale new study in Frontiers in Nutrition shows that a higher consumption of cooked or uncooked vegetables is unlikely to affect the risk of CVD. They also explain how confounding factors might have explained previous spurious, positive findings.

“The UK Biobank is a large-scale prospective study on how genetics and environment contribute to the development of the most common and life-threatening diseases. Here we make use of the UK Biobank’s large sample size, long-term follow-up, and detailed information on social and lifestyle factors, to assess reliably the association of vegetable intake with the risk of subsequent CVD,” said Prof Naomi Allen, UK Biobank’s chief scientist and co-author on the study.

The UK Biobank, follows the health half a million adults in the UK by linking to their healthcare records. Upon their enrollment in 2006-2010, these volunteers were interviewed about their diet, lifestyle, medical and reproductive history, and other factors.

The researchers used the responses at enrollment of 399,586 participants (of whom 4.5% went on to develop CVD) to questions about their daily average consumption of uncooked versus cooked vegetables. They analyzed the association with the risk of hospitalization or death from myocardial infarction, stroke, or major CVD. They controlled for a wide range of possible confounding factors, including socio-economic status, physical activity, and other dietary factors.

Crucially, the researchers also assessed the potential role of ‘residual confounding’, that is, whether unknown additional factors or inaccurate measurement of known factors might lead to a spurious statistical association between CVD risk and vegetable consumption.

The mean daily intake of total vegetables, raw vegetables, and cooked vegetables was 5.0, 2.3, and 2.8 heaped tablespoons per person. The risk of dying from CVD was about 15% lower for those with the highest intake compared to the lowest vegetable intake. However, this apparent effect was substantially weakened when possible socio-economic, nutritional, and health- and medicine-related confounding factors were taken into account. Controlling for these factors reduced the predictive statistical power of vegetable intake on CVD by over 80%, suggesting that more precise measures of these confounders would have completed explained any residual effect of vegetable intake.

Dr. Qi Feng, a researcher at the Nuffield Department of Population Health at the University of Oxford, and the study’s lead author, said: “Our large study did not find evidence for a protective effect of vegetable intake on the occurrence of CVD. Instead, our analyses show that the seemingly protective effect of vegetable intake against CVD risk is very likely to be accounted for by bias from residual confounding factors, related to differences in socioeconomic situation and lifestyle.”

Feng et al. suggest that future studies should further assess whether particular types of vegetables or their method of preparation might affect the risk of CVD.

Last author Dr. Ben Lacey, Associate Professor in the department at the University of Oxford, concluded: “This is an important study with implications for understanding the dietary causes of CVD and the burden of CVD normally attributed to low vegetable intake. However, eating a balanced diet and maintaining a healthy weight remains an important part of maintaining good health and reducing risk of major diseases, including some cancers. It is widely recommended that at least five portions of a variety of fruits and vegetables should be eaten every day.”