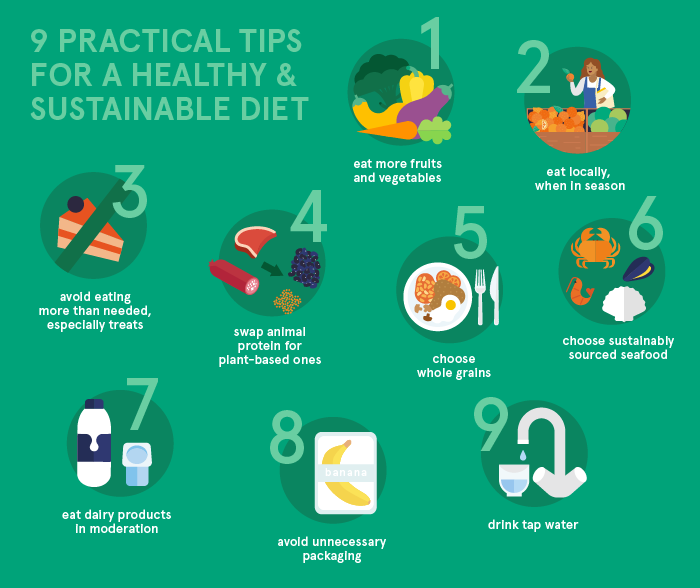 A large population study from Lund University in Sweden has shown that more sustainable dietary habits are linked to health benefits, such as a reduced risk of premature death from cardiovascular disease and cancer. The study is published in The American Journal of Clinical Nutrition.

“Our results indicate that dietary guidelines that are beneficial for both planetary health and personal health do exist,” says Anna Stubbendorff, doctoral student at Lund University and first author of the study.

The EAT-Lancet Commission report describes how the world must transform its food production and consumption if the Earth’s already fragile environment and scarce resources are to suffice for 10 billion people in 2050. The report covered six different areas: climate impact, water use, biodiversity, phosphorus and nitrogen use and acidification.

The EAT-Lancet diet has target values for daily intake of a selection of different food, and consists of a lot of whole grains, vegetables, fruit, nuts, seeds and pulses (peas, beans and lentils), and significantly less meat, sugar and saturated fat compared with current consumption.

“We wanted to investigate scientifically how the EAT-Lancet diet could be linked to health, as it has not yet been sufficiently evaluated. The results clearly show that the diet can be linked to a lower risk of premature death,” says Anna Stubbendorff.

The researchers studied a total of 22,421 participants from the Malmö diet and cancer cohort to investigate the links between diet and health. By creating a special points system showing how similar the dietary habits of individuals are to the EAT-Lancet diet, they were able to divide the participants into five groups. The higher the adherence to the EAT-Lancet diet, the higher the points assigned according to the researchers’ model.

During an average follow-up of 20 years, the researchers investigated the association between the participants’ diet and mortality. The association was adjusted for factors including smoking, physical activity, BMI and high alcohol consumption.

“Even in cases where the study participants’ dietary habits were far from the targets for the EAT-Lancet diet, we observed a clear difference in total mortality, already when participants were halfway to the target,” says Anna Stubbendorff.

In the next stage, the researchers want to study the diet with a focus on nutrition. Anna Stubbendorff hopes that the study results so far, as well as the points system model, will be able to be used by others in the future to develop more sustainable dietary guidelines.

“For many people, eating according to the EAT-Lancet diet would entail a major change, in particular for those living in the richer countries of the Western world. Research has shown that it is possible, but it will take time to change our eating habits. Knowing that there is a diet that benefits both public health and the planet should increase our motivation, though. Either way, we humans need to change what and how we eat—to save our own health and our planet,” she concludes.

More information:
Anna Stubbendorff et al, Development of an EAT-Lancet index and its relation to mortality in a Swedish population, The American Journal of Clinical Nutrition (2021). DOI: 10.1093/ajcn/nqab369