Experts offer a potted guide to the hazards of festive foliage 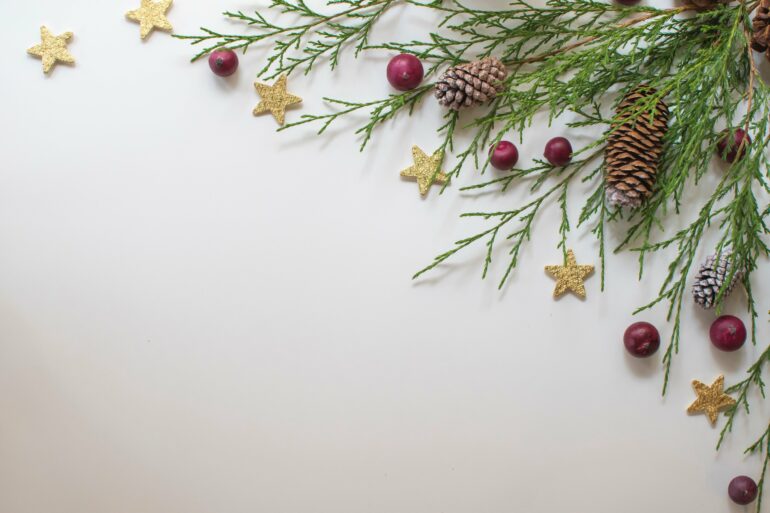 Before you merrily deck your halls, researchers in the Christmas issue of The BMJ offer a guide to the potential dangers of plants traditionally associated with the festive season.

To help readers navigate this prickly subject, they first compiled a list of greenery for investigation. This involved speaking to friends and colleagues about the plants they associated with Christmas, checking aisles of shops, garden centers and florists, and immersing themselves in Yuletide songs, films, and stories.

They then examined each plant against the National Poisons Information Service (ToxBase) database and those listed as toxic were investigated further for evidence of harm.

Christmas trees (at least the organic kind) are thankfully considered safe to rock around, barring a few cases of contact dermatitis from workers with unusually high exposure.

Ivy is also a low risk plant, whereas holly needs to be hung a little more carefully as its berries contain saponins, which can cause stomach upset, drowsiness, and even problems with balance and speech (ataxia), if consumed in large quantities.

Should your true love gift you one (or 12) pear trees this Christmas, do not eat the seeds. Pears are one of several fruits with pits, seeds, or kernels that contain amygdalin, which is converted to cyanide in the gut. While there are no reports of human cyanide poisoning resulting from pear seed consumption, the authors warn that the fruit of 12 trees may be sufficient.

Mistletoe can also bring pain as well as pleasure as it contains poisonous proteins called viscotoxins (ricin famously among these). Cliff Richard’s famous seasonal song Mistletoe and Wine is a particularly disastrous combination, warn the authors.

Carollers greeted by wreaths containing bittersweet and yew should also be wary. Bittersweet is a nightshade whose berries contain solanine glycoalkaloids, high levels of which can cause unpleasant abdominal cramps, while yew has a longstanding poisonous reputation and was used as a method of suicide among defeated Celtic tribes in Julius Caesar’s conquest of Gaul.

Safe indoor Christmas flowers include cyclamen species, Christmas Cactus and poinsettia, although to avoid irritation, the authors advise keeping the sap away from your eyes.

However, the same cannot be said of the ornamental Christmas rose or hellebore, which contains compounds that can alter the heart’s rhythm. The alluring berries of the Jerusalem or Christmas cherry (another nightshade) should also be avoided.

Even Christmas dinner can include some injurious plant species, warn the authors, though perhaps not as harmful as the amount of calories and alcohol that may be consumed.

For example, potatoes are a nightshade relation of the Christmas cherry, although the tuber holds the lowest concentrations of solanines, so are unlikely to cause any ill effects.

Buttered parsnips ought to be fine though, as long as you are sure of their identity. Poisonous water hemlock has been mistaken for parsnips by foragers, resulting in seizures and kidney failure.

Brussels sprouts, sadly, do not seem to be poisonous, note the authors. “Looks like you’ll have to endure them after all.”

Finally, they sound a note of caution regarding cinnamon and nutmeg, two of the spices found in eggnog or mulled wine.

They suggest avoiding the “cinnamon challenge” (a viral video challenge to eat a spoonful of ground cinnamon in under 60 seconds without drinking anything) after several reports of respiratory distress requiring medical attention, while nutmeg can trigger hallucinations at a remarkably low dose (less than a tablespoon).

In summary, the authors recommend sensible precautions, such as refraining from consumption of foliage, ornamental household plants, and unidentified wild species—berries (the safe ones) can be eaten throughout the year, not just at Christmas.

“We hope that this piece has given you the information necessary to navigate holiday foliage more safely,” they conclude.


Citation:
Experts offer a potted guide to the hazards of festive foliage (2021, December 15)