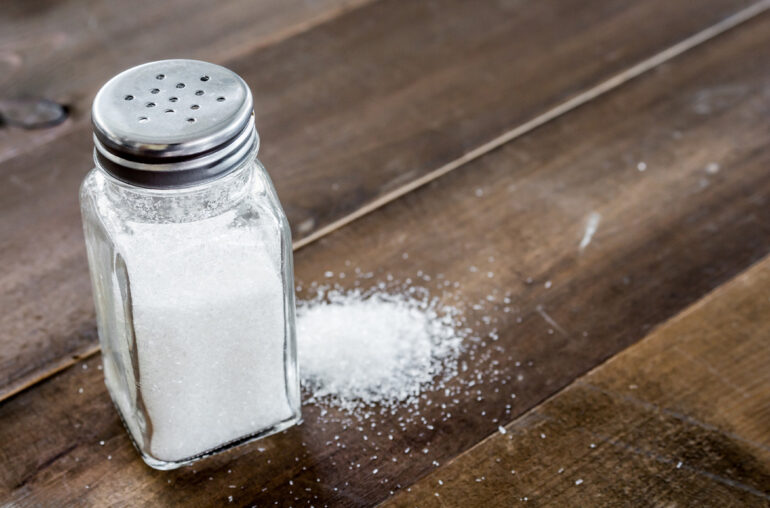 Add a little spicy seasoning to a low sodium meal, and adults over the age of 60 may have a harder time noticing a lack of salt, according to a new study in the journal Food Quality and Preference.

The results of the analysis showed the addition of chipotle seasoning to the white sauce made it difficult for the study participants to differentiate between the samples with low and high levels of salt. Conversely, the addition of herbs, such as basil leaves, garlic powder and coarse ground pepper, was not as effective at masking the samples with less salt. The research points to the significant role that spice could play in reducing salt intake for people over 60.

“We were working specifically with a population of older adults to see if we could reduce the amount of salt in a product and then tailor it to their tastes,” Ross said. “This is important because the ability to taste and smell is known to weaken with age, and weaker perception of salty flavors may induce people to season their food with excessive salt, which may increase their risk of cardiovascular disease.”

For their study, Ross and María Laura Montero, a postdoctoral researcher in the WSU School of Food Sciences, recruited 39 healthy people over the age of 60 to participate in an in-person taste testing experiment that took place over several days slightly prior to the onset of the COVID-19 pandemic.

Previous research examining saltiness perception in older adults has tended to use water as a matrix for tasting experiments rather than actual food products. To generate more realistic data in terms of what people actually enjoy eating, Ross and Montero used a white sauce formulation that is commonly found in ready-to-eat Cajun chicken pasta meals.

In addition to administering the taste test, the researchers surveyed their participants about their oral and olfactory health, the number and type of medications they were taking and any other pre-existing conditions that might affect their saltiness perception.

Their analysis showed there was a positive correlation between poor oral health and the number of medications each participant was taking, which could be a result of less saliva production; however, their data on whether or not this was the main cause of lowered saltiness perception wasn’t conclusive.

Moving forward, when it is once again feasible to recruit participants for in-person studies, the researchers plan to follow-up with a larger study evaluating lower salt concentrations as well as different herb and spice concentrations.

“To date, a clear relationship between taste loss, and thus higher taste thresholds, and eating behavior remains to be established,” Ross said. “So, we are investigating a bunch of different possible factors.”