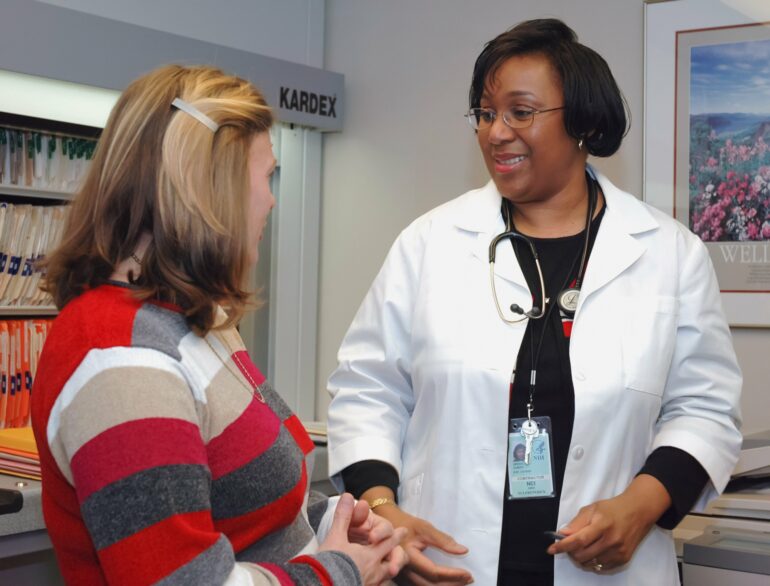 Research shows there are many reasons why involving patients in decisions about their care is good medicine. Shared decision-making can increase patients’ satisfaction, improve their understanding of the risks and benefits of treatment, and ensure their care is better aligned with their values.

Yet, despite widespread support of shared decision-making in medicine, how it plays out in real-world clinical practice can be anything but straightforward.

In other words, Schwarze explained, “I’m going to offer you choices, then talk you out of the bad one”—an approach that she said runs counter to the spirit of shared decision-making.

Schwarze cited the example of offering a patient near death the option of being resuscitated if they stop breathing—then spending the next hour talking them out of choosing that option.

In such cases, she said, the patient is left wondering, “If you didn’t think this was an option, why would you even offer it to me?”

In a related commentary, surgeons Anne Ehlers and Dana Telem argued there is little value—and plenty of potential for confusion or distress—in offering patients false choices purely for the show of involving them in decisions.

“We tout shared decision making as this thing that we should be using all the time,” says Ehlers. “And really, in some cases, it may not be warranted or even appropriate.”

When she’s working with patients requiring hernia repair, Ehlers says she doesn’t lay out all of the potential options for them when she feels there’s “one clear winner” in terms of clinical effectiveness.

Canadian family doctors have previously contended that “there must be a clear need for a decision” for shared decision-making to be useful.

According to Guylène Thériault and colleagues, “While shared decision-making is mostly underused, at times it is introduced in situations when it probably should not be.” That includes times when there is no decision to be made, when patients cannot collaborate in the decision, or when the benefits versus harms of a treatment do not justify such an approach.

Indeed, a 2018 commentary in the British Journal of General Practice provocatively questioned whether it’s honest to describe decisions as “shared” when the “realities of clinical practice mean that genuinely shared decision making is not completely impossible but difficult to achieve in a sincere and just manner.”

Even so, many patients would like to see clinicians make the effort to involve them—including in situations where one option may seem like the clear choice.

“It really is about deciding what your values are, what risks you’re willing to take, and how you see the benefits,” said Maureen Smith, a patient advocate living in Ottawa.

That does not mean pretending that all options are equal. “Patients want their doctor’s opinion,” Smith noted. But it does mean acknowledging that options exist.

One web-based survey published in CMAJ Open found that fewer than half of people in Canada who received health care in 2017 said their providers discussed treatment options with them.

Clinicians often cite time constraints and other practical barriers to involving patients in decisions. However, as the CMAJ Open study authors noted, most of these supposed barriers “are not evidence-based and are often based on misconceptions.”

Australia, she said, has changed its accreditation standards so hospitals now require clinicians to use shared decision-making approaches with patients.

The country was able to do that because there is a single national agency—the Australian Commission on Safety and Quality in Health Care—that has jurisdiction over improvements in health care, Stacey explained. “In Canada, we don’t really have any ‘stick’ at the national level. Every province does its own thing.”

Schwarze noted that a disconnect often exists between the information clinicians think patients want to know versus what patients actually need to participate in decisions.

Most patients want to know what surgery can offer them in terms of feeling better or living longer, Schwarze said. But when she talks to surgeons about shared decision-making, they often focus on technical details.

For example, Schwarze said, “They say, “But it’s really important that I draw a good picture of the thyroid and show them where these nerves are.'”

Schwarze likened it to hiring a plumber to fix a toilet who spends “all their time talking about the stuff in the back of the tank, but they never tell you how long the repair will last or how much it’s going to cost you.”

Genuinely sharing decisions should start with clinicians being honest about where they stand on different treatment options before moving on to discuss the risks and benefits of each, she said. “By showing my cards up front and saying, ‘Typically, we do surgery for this,’ or ‘I’m on the fence,’ we can contextualize the situation for patients.”

Authentically sharing decisions depends on clinicians and patients connecting with each other, said Gary Groot, a surgical oncologist in Saskatoon. Just because a surgeon can operate, doesn’t mean that doing so will achieve the goals that matter most to the patient, he said.

Groot cited the example of an older cancer patient whose main concern was attending his granddaughter’s upcoming wedding. “We don’t always listen for those things,” he said. “And people don’t always feel they can say those things.”


Citation:
Physician-patient shared decision-making isn’t always what it seems (2022, May 27)