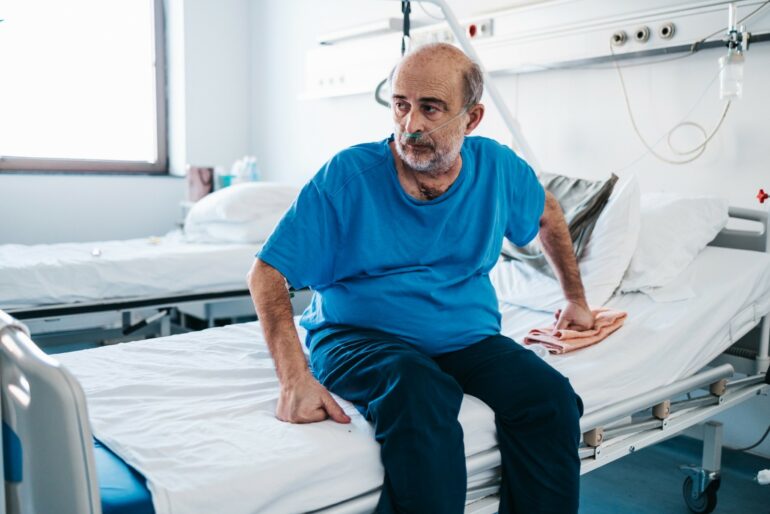 Rising levels of income inequality in the United States may be one reason that the health of Americans has been declining in recent decades, new research suggests.

The study found that the level of income inequality that Americans experienced as children was linked to adult markers of health such as chronic inflammation and lung function, as well as the risk of developing diseases such as diabetes and cancer.

And with levels of income inequality increasing since the 1940s, the overall health of Americans has begun to decline as they have aged, said Hui Zheng, lead author of the study and associate professor of sociology at The Ohio State University.

“Children growing up in a period of rising income inequality seem to be particularly influenced by its negative effects,” Zheng said.

“It has a long-term impact on their health as adults.”

The study was published online recently in the journal Social Science & Medicine.

The researchers analyzed data on Americans born between 1925 and 1999. They used two nationally representative datasets to examine health trends over time.

Researchers created a measure of childhood inequality for all the individuals in the study. It is based on what is called the Gini Index, which in this case used Internal Revenue Service data to summarize each year how income was dispersed among all Americans.

For every individual, the inequality measure was based on the national Gini Index score average between their birth and when they turned 18.

Overall, income inequality has been dramatically increasing since the mid-1940s when the first Baby Boomers were born, findings revealed.

And the results showed that this rise in inequality very closely mirrored adult declines in health in both of the datasets used, Zheng said.

For example, each 0.01 unit increase in childhood Gini Index (indicating more inequality) was associated with a 3% rise in what is called physiological dysregulation in the NHANES dataset—basically, the health biomarkers moving in unhealthy directions.

A similar link between childhood inequality and poorer adult health was found in the PSID dataset looking at chronic illness.

The finding remained even after taking into account a variety of factors that could be related to Americans’ declining health, such as early life diseases and contemporary socioeconomic factors.

An argument could be made that other negative long-term trends occurring at the same time as growing income inequality are behind the declining health of Americans. But the researchers analyzed three other such trends during people’s childhoods—union membership, GDP growth rate and unemployment rate—and found that none had as strong a link with health as income inequality.

Zheng noted that the levels of income inequality that Americans faced as adults had a smaller effect on their health than the income inequality they experienced as children. This is consistent with what is called the “developmental origins of health and disease” theory.

“This theory says that our health as adults is strongly influenced by what we experience in childhood,” he said.

Other research suggests several reasons why childhood experiences of inequality may influence later health. For one, countries with greater income inequality tend to devote fewer resources to public expenditures policies, which may mean that many children have reduced opportunities and deteriorating life circumstances through their adulthood.

The data in this study did not allow researchers to compare those who were relatively well-off financially as children with those who were more deprived, Zheng said.

Many studies of digestive diseases fail to examine food insecurity

But other research by Zheng and a colleague suggests that income inequality may hurt the health of people in all socioeconomic groups, even though the disadvantaged suffer most, he said.

Zheng said the study sheds new light on the declining health and increasing mortality that was first noticed in middle-aged Americans near the turn of the 21st century.

It may seem like things started to go wrong in the late 1990s and early 2000s, he said. But this study suggests the seeds for that decline were planted long ago, when income inequality began rising in the 1940s.

That suggests our society needs to take action now to improve health outcomes for young people and future generations.

“The health effects of income inequality on children today won’t be apparent until later in their lives,” Zheng said.

“Without policy interventions to address high levels of inequality, young people today will continue to face the same health issues we found in this study,” he said.