Spouse getting weight loss surgery? Your marriage might be in trouble 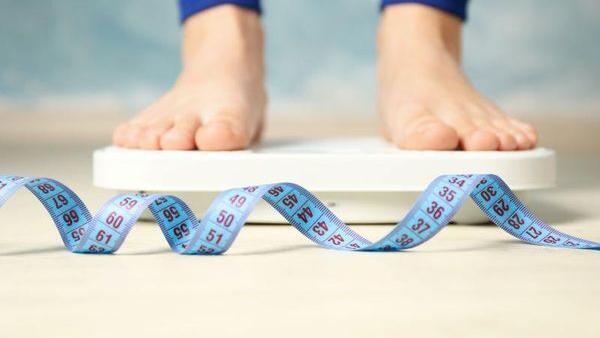 People who have weight loss surgery often see improvements in type 2 diabetes and other diseases, but these surgeries and the lifestyle changes they require can also have spillover effects on other aspects of life, including relationships.

Compared to the general U.S. population, folks who have weight loss surgery are more than twice as likely to get married or divorced within five years, a new study has found.

“This is a pretty big effect and something that can be important to people,” said study author Wendy King, an associate professor of epidemiology at the University of Pittsburgh School of Public Health. “Weight loss surgery patients should be made aware that marital status changes are more likely after surgery.”

For the study, King’s team looked at changes in marital status among 1,441 adults who had gastric bypass or gastric sleeve weight loss surgery between 2006 and 2009. While the majority maintained their relationship status for five years after their surgery, 18% of single people got married, compared to 7% in the general U.S. population. What’s more, 8% of married folks got divorced—double the rate for their counterparts in the general population. Another 5% of married people got separated.

The findings—published online July 20 in the Annals of Surgery—are consistent with previous studies out of Scandinavia.

King’s team found that younger people and those who were living with a partner before surgery were more likely to marry during the study period. While the amount of weight lost wasn’t linked with marriage odds, improved physical health did nudge people toward the altar, the study showed.

The study also found that people who lost more weight were more likely to get separated or divorced, as were those who reported an increase in sexual desire after surgery.

“People who undergo weight loss surgery drastically change how they eat, increase their physical activity, have a new lease on life, and want to try to do new things,” King said. “A partner can feel left behind or that they are no longer a good match with their spouse.”

It’s tough when one person is trying to lead a healthier lifestyle and the other isn’t fully on board, she said.

“If you are eating healthy and your spouse brings potato chips and Cheez-It’s into the home, it could cause friction,” King said.

Single people may be more apt to marry after weight loss surgery because they may have more energy, confidence, a better body image, and may be more open to dating as a result, she said.

The researchers couldn’t tell if the people who married or divorced went into surgery hoping for such a change.

Calling the study “interesting and unique,” Dr. Megan Jenkins said potential relationship changes should be discussed as part of the consultation before weight loss surgery. Jenkins is a bariatric surgeon and clinical assistant professor of surgery at NYU Langone Health in New York City.

“We know a lot about the health benefits that occur after weight loss surgery, but these procedures impact so many other parts of patients’ lives, including relationships,” said Jenkins, who reviewed the study findings.

Now, doctors have some real information to share with patients on this issue, she said.

“This is a great study that will hopefully spur these discussions about lifestyle changes that will be affected long term,” Jenkins said. “If you are married, you need to consider how you and your partner will navigate any changes in life and lifestyle after bariatric surgery.”

Citation:
Spouse getting weight loss surgery? Your marriage might be in trouble (2022, July 25)