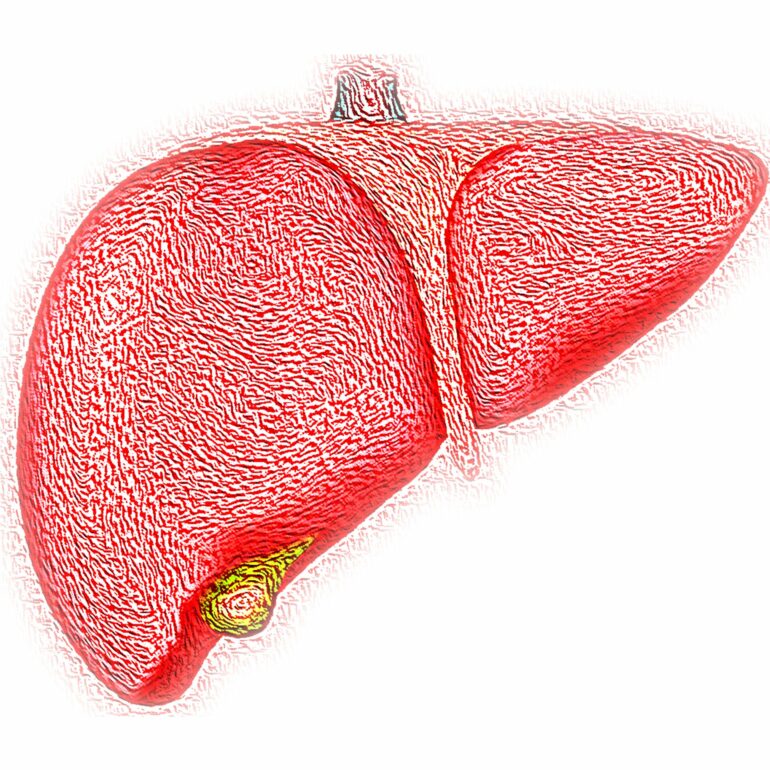 Exposure to a class of widely used synthetic chemicals is connected to liver damage according to a new study conducted by researchers from the Keck School of Medicine of USC and published April 27th, 2022, in Environmental Health Perspectives.

The chemicals, called per- and polyfluoroalkyl substances or PFAS, are a group of man-made chemicals present in a wide range of consumer and industrial products. PFAS are sometimes called forever chemicals because they break down very slowly and accumulate in the environment and in human tissue, including the liver.

“PFAS are ubiquitous, and we know that all adults in the United States have detectable levels of PFAS in their bodies,” said Leda Chatzi, MD, Ph.D., professor of population and public health sciences at the Keck School of Medicine of USC. “There is growing interest in the long-term health effects of PFAS exposure, and this study supports that there is evidence that PFAS are associated with liver injury.”

This is the first study to systematically review the data on PFAS exposure and damage to the liver, synthesizing the results of 111 peer-reviewed studies involving both humans and rodents. The researchers evaluated whether PFAS exposure was associated with elevated levels of alanine aminotransferase, or ALT, which is a liver enzyme that is a biomarker for liver damage when elevated. They concluded that three of the most commonly detected PFAS in humans — perfluorooctanoic acid (PFOA), perfluorooctane sulfonate (PFOS) and perfluorononanoic acid (PFNA)—are all connected with elevated levels of ALT in the blood of both humans and rodents. Authors also noted some differences in the effects of PFAS on liver injury between females and males, suggesting a potential mechanism through hormone dysregulation.

ALT is also elevated in humans with non-alcoholic fatty liver disease (NAFLD), a condition in which excess fat builds up in the liver, suggesting a possible link between PFAS and the dramatic and unexplained rise in NAFLD in recent years. NAFLD has emerged as a serious public health crisis that affects 25% of adults worldwide. In the U.S., cases are expected to grow to about one-third of all adults by 2030.

Evidence from animal experiments indicate that PFAS, which are endocrine-disrupting chemicals, can promote metabolic changes that can result in fatty liver, often diagnosed by histopathology. Likewise, epidemiological studies have reported associations between PFAS exposure and cholesterol, triglycerides, and uric acid, all of which are additional biomarkers of metabolic disruption, NAFLD and advanced liver disease.

The researchers point out that while animal research consistently shows PFAS exposure is connected to abnormal accumulation of fat in the liver, it is difficult to make the same conclusion about humans because there is little biopsy-confirmed data about NAFLD in the existing human research.

“We see that the prevalence of NAFLD in humans is increasing but the explanations are unclear,” said Sarah Rock, MPH, a Ph.D. student in the department of population and public health sciences at the Keck School of Medicine, and one of the lead authors of the study. “Though the human research connecting PFAS to liver disease is limited, there is much evidence in animal research showing hepatotoxicity of PFAS. A challenge for PFAS researchers is that humans are exposed to mixtures of hundreds if not thousands of these chemicals. Mixture analyses is one potential tool for addressing this complexity in the future.”

PFAS, which are present in a wide range of products including non-stick cookware, stain-resistant carpet and furniture, waterproof clothing and fast-food wrappers, were first detected in the blood of people exposed to these chemicals in the workplace in the 1970s.

In the 1990s, it was found in the blood of the general population, which led to growing awareness of the potential health risks. Because they are long-lasting, PFAS are in the drinking water in most states, many food products and indoor and outdoor air. Some manufacturers in the U.S. have phased out the use of PFOA and PFOS, but the researchers noted that the risk of exposure remains.

“This research clearly shows that PFAS need to be taken seriously as a human health concern because even after they are phased out, they persist in the environment,” said Elizabeth Costello, MPH, Ph.D. student in the department of population and public health sciences at the Keck School of Medicine and the other lead author of the study. “There is enough evidence, we believe, to demonstrate a need to clean up sources of exposure to PFAS and to prevent future exposures.”

This systematic approach integrates the human population evidence for PFAS and liver damage with the parallel experimental evidence for PFAS and hepatoxicity.  “This full landscape makes it increasingly clear that humans are not somehow exempt from PFAS hepatotoxicity,” said Alan Ducatman MD, MS, coauthor of the invited perspective that accompanies the paper. “Understanding more about how PFAS injure the liver may allow us to more confidently predict which PFAS will be responsible and if any are safe,” Ducatman added. “In addition to preventing future exposures, the data show why there should be serious consideration of what can be done for those who already live or work in high PFAS exposure circumstances.”

More information:
Exposure to per- and polyfluoroalkyl substances and markers of liver injury: A systematic review and meta-analysis, Environmental Health Perspectives (2022). DOI: 10.1289/EHP10092