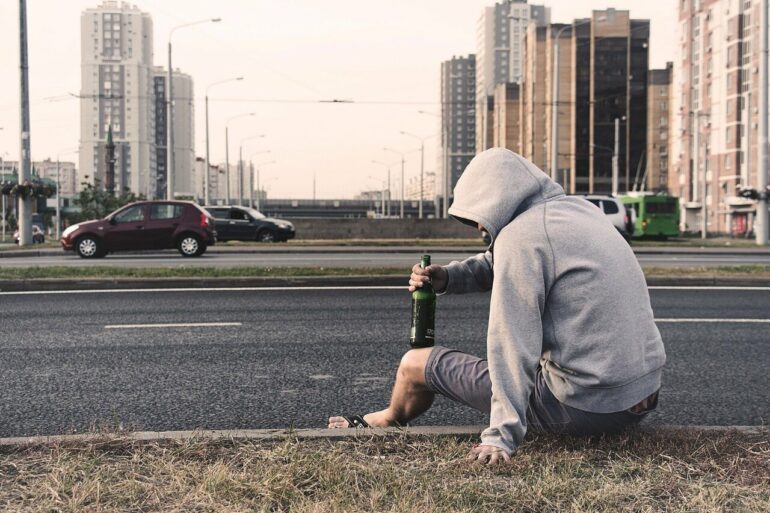 Alcohol misuse in adolescence affects physical health and life satisfaction over multiple decades, outcomes that are driven by ongoing alcohol problems, a new study has found. The link between teen drinking and poor health into the 30s held even after accounting for the effects of nature (genes) and nurture (early family environments). Problematic drinking in adolescence is known to be linked to ongoing health and life struggles. Better understanding this process could inform early targeted interventions that may prevent or ameliorate long-term negative consequences.

The new study, in Alcoholism: Clinical and Experimental Research, sought to clarify the pathways—direct or indirect—by which teen drinking has such far-reaching effects. Investigators explored participants’ alcohol misuse in adolescence and early adulthood, and physical health and life satisfaction in their mid-30s. The study sample was restricted to twins, allowing for consideration of shared genetic and environmental factors that might influence the outcomes.

Researchers worked with 2,733 twin pairs born in Finland in the late 1970s. Half the participants were female, and a third of the sample were identical twins. The participants filled out questionnaires at ages 16, 17, and 18.5, in young adulthood (around age 24), and in early midlife (around age 34). The surveys assessed their frequency of drinking, intoxication, and alcohol problems, as well as their sex, BMI, and cigarette use. The adult surveys covered alcohol problems (e.g., dependence, withdrawal, blackouts, and neglected responsibilities).

The final survey, when participants were in their 30s, covered somatic health symptoms (e.g., stomachaches, low back pain) and self-rated health and life satisfaction. It included questions on relationship status, education, employment, and cigarette and other drug use. The researchers used statistical analysis to explore associations between teen alcohol misuse, adult health and life outcomes, and demographic factors.

Higher adolescent alcohol misuse was associated with higher young adult alcohol problems. In turn, problematic drinking in the 20s was associated with alcohol struggles in early midlife (the 30s). These drinking behaviors were linked to poorer physical health and lower life satisfaction. The findings indicate an indirect influence of teen drinking on midlife health and life outcomes.

Within this pattern of serial mediation—chains of risk that accumulate across the lifespan—researchers also found a direct association between teen drinking and life satisfaction in the 30s (but not health), underlining the ongoing influence of early alcohol use through later decades. The effects were somewhat modest, suggesting adolescent alcohol misuse is not the only driver of later illness and life dissatisfaction. But the findings held up in twin comparisons, signaling the relevance of teen drinking to struggles in adulthood.

The study confirms that ongoing alcohol problems mediate the association between teen drinking and poorer early-midlife outcomes. It highlights the importance of preventive interventions targeting adolescents that could mitigate negative health and life consequences over multiple decades. Effective strategies include parental rule-setting, substance use education, and programs addressing psychoeducation, personality risk factors (e.g., sensation seeking), and maladaptive coping techniques. Additional research is needed to explore potential additional pathways, such as other substance use, that might influence midlife outcomes.

Down on Vitamin D? It could be the cause of chronic inflammation

Provided by
Research Society on Alcoholism


Citation:
Teen alcohol misuse is a driver of poorer health and dissatisfaction in midlife (2022, September 19)