Unsecured handguns account for the majority of firearm suicide deaths in the United States, study finds 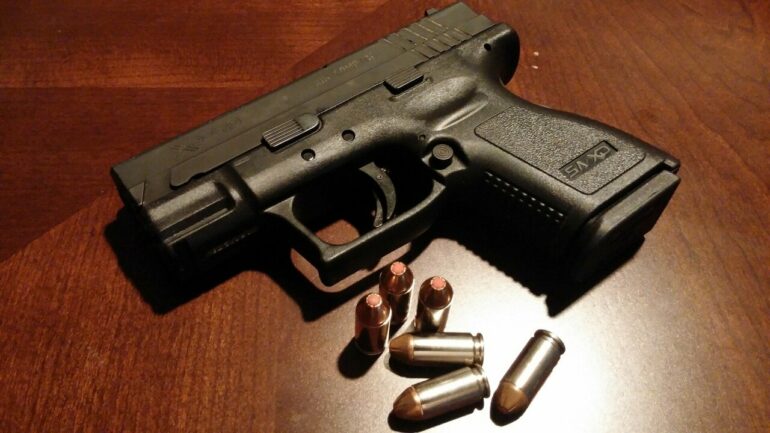 When people in the United States die by firearm suicide, they most frequently use handguns, many of which are stored loaded and unlocked, according to a Rutgers study.

Researchers, whose findings are published in Death Studies, examined data from the National Violent Death Reporting System to examine the deaths of 117,126 individuals who died by firearm suicide between 2003 and 2018.

Details about the circumstances of the deaths were recorded in death scene narratives, which the research team used in combination with information from death certificates and interviews with loved ones of the decedents to determine information regarding the type of firearm used, how that firearm had been stored and where on their bodies the individuals shot themselves.

In the majority of the deaths, the victims used a handgun (65.3 percent) that they themselves owned (77.1 percent) and which was stored loaded (63.1 percent) and unlocked (59.1 percent). The large majority of individuals died from wounds to the head (81.4 percent), with chest injuries accounting for the bulk of the remaining deaths.

Very few differences emerged between individuals of various racial identities. However, those who died by suicide who identified as American Indian/Alaskan Native were far more likely than those who identified as white to use a rifle or shotgun in their suicide death, a pattern likely explained in part by firearm ownership and use (e.g., hunting) differences between these two groups.

“These results highlight that, more often than not, unsecured handguns are the driving force in firearm suicide in America,” said senior author Michael Anestis, executive director of the New Jersey Gun Violence Research Center at Rutgers and an associate professor at Rutgers School of Public Health.

“That said, some groups—like men and individuals who identify as American Indian/Alaskan native—are more likely than their peers to use long guns in their suicide death. As we encourage secure firearm storage and storing firearms away from home during times of stress, it is important to discuss more than just handguns, particular with certain individuals.”

Nationwide, firearms account for more than half of all suicide deaths each year and research has repeatedly demonstrated the risk for death by suicide is elevated for every individual living in a home with firearms. The researchers say to minimize this risk, tools like lethal means counseling is needed to ensure that individuals store their firearms securely—locked and unloaded. Policies that promote legal storage of firearms away from home, they say, should also be considered.

Although handguns account for the majority of firearm suicides, it is vital that conversations about secure storage include discussions of rifles and handguns, particularly within certain communities, they argue.

“These findings highlight the powerful role that secure firearm storage could play in firearm suicide prevention, including our efforts to prevent suicide among children and adolescents who might otherwise access their parents’ unsecured firearms,” Anestis said.

“If we can shift social norms on securing firearms and if we can provide easy paths toward legally storing firearms away from home during times of stress, we have an opportunity to prevent thousands of tragedies every year. Doing this requires not only that we understand the disproportionate role of unsecure firearms, but that we acknowledge the risk that comes from rifles and shotguns, particularly in communities in which hunting is common.”