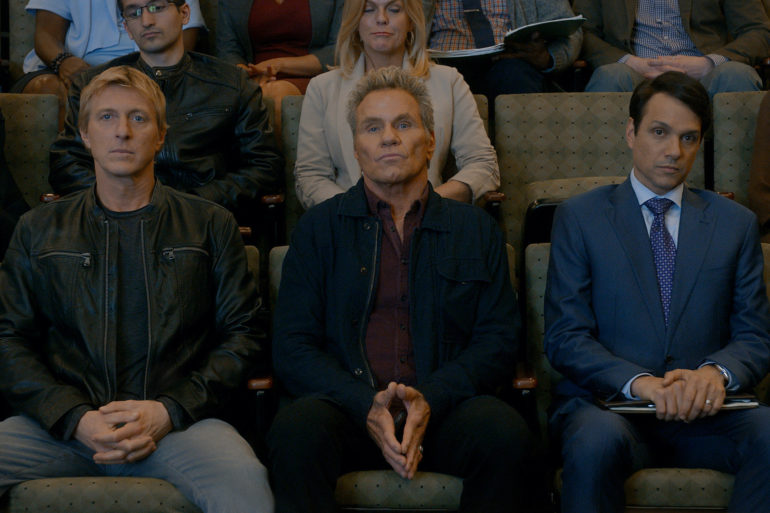 Here’s an early holiday gift for Cobra Kai fans – Netflix has dropped an all-new season 3 trailer to whet your appetite ahead of its debut in the new year.

Cobra Kai season 3 is officially coming to Netflix in January 2021, but that’s still too far away for some eager fans. Admittedly, the new teaser might not be a long one, but it offers a peek at what’s in store for the characters after the shocking events of that season 2 finale.

I’m not going to spoil it for you, but if you’re dying to know more, here’s a tweet with the new two-minute trailer. The text teases: “new year, new season, highest stakes ever. Cobra Kai is coming this January. Whose side will you be on?”

New year, new season, highest stakes ever. Cobra Kai is coming this January. Whose side will you be on? #TeamCobraKai or #TeamMiyagiDo? pic.twitter.com/Er2fluibw2December 9, 2020

Season 4 is already in the works

Originally beginning life on YouTube Red as a premium series, Netflix acquired the rights to the show and transformed it from a cult hit into a worldwide smash success. After the unexpected events at the end of season 2’s cliffhanger, Cobra Kai season 3 is probably one of TV’s most eagerly anticipated shows right now.

ICYMI, even before production on the third season had concluded, Netflix had bought the rights to the Karate Kid sequel series, and season 4 is already confirmed to be in the works.

As we opined a couple of days back in our summary of everything we know so far about Cobra Kai season 3, Cobra Kai’s success on Netflix is no surprise – affection for the Karate Kid movies is eternal, and the ground covered by the show simply can’t be found anywhere else.