Holiday foods can be toxic to pets – a veterinarian explains which, and what to do if Rover or Kitty eats them 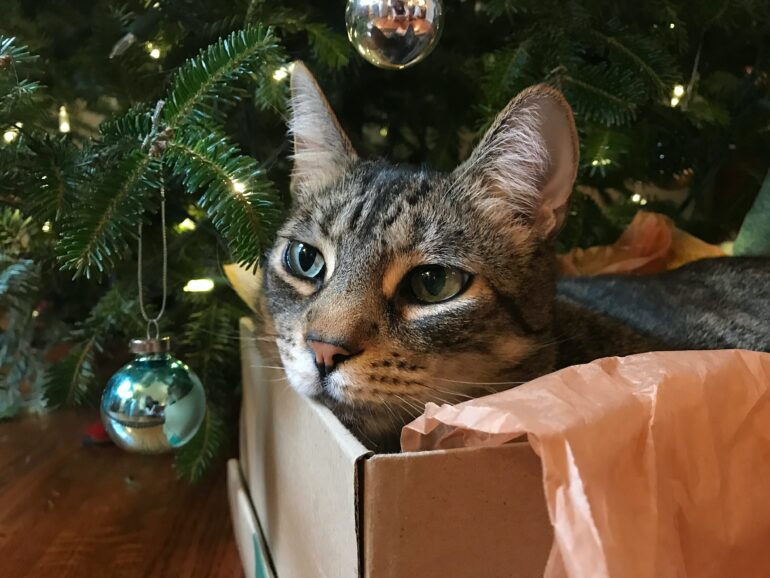 During the holidays, it’s typical for people to indulge in special foods. Being a pet owner myself, I know that many pet parents want to give their fur babies special treats as well.

As a veterinarian and clinical veterinary researcher, however, I also know that some very common foods – including many popular holiday staples – are dangerous to pets.

Here are some of the most common food-related crises we veterinarians encounter in the animal ER during the holidays, and what to do if they happen.

Turkey with gravy is probably among the most popular holiday meals. And most dogs or cats would certainly agree with their humans that roast turkey is delicious.

However, the fat contained in turkey skin – and the excess of fatty, greasy foods that can accompany it, such as gravy, butter and bacon – don’t go down well with cats and dogs. Pets that ingest an overload of fats may develop pancreatitis, an inflammation of the pancreas, the organ that helps break down fat, protein and carbs.

Pancreatitis causes the pancreas to leak digestive enzymes and ultimately “digest” itself. If untreated, pancreatitis can affect other organ systems such as the kidneys and the liver and even cause blood clotting.

The most common symptoms of pancreatitis include vomiting and diarrhea. Pets that may have pancreatitis should be rushed to the closest veterinary hospital or ER. The vet will perform diagnostic blood tests, including a specific test for pancreatic enzymes called pancreatic lipase immunoreactivity or cPLI/fPLI.

Treatment for pancreatitis mostly involves dealing with its symptoms. The pet receives IV fluids to help establish electrolytes balance, with added anti-nausea and pain medications to stop the vomiting. Antibiotics may be necessary, as well as liver protectants and probiotics, and a special diet.

If only turkey were the sole problem! Many other common holiday ingredients can also harm pets.

Several allium species common to holiday cooking, such as leeks, garlic, onions, chives and shallots, can be healthy for people. For dogs and cats, though, alliums are toxic. If ingested, they can cause hemolytic anemia – a decreased number of red blood cells.

Your neighborhood may affect your brain health

The signs of hemolytic anemia, which normally appear a few days after ingestion, include vomiting, diarrhea, lethargy and jaundice.

To treat hemolytic anemia in pets, veterinarians do blood tests to determine whether a transfusion is necessary. They address the symptoms of allium intoxication with IV fluids, antioxidants and anti-nausea drugs.

Yeast-risen foods like rolls and breads are also holiday dinner staples that people should keep away from their pets. The yeast in these foods can ferment in a pet’s warm stomach and produce toxic levels of ethanol. In pets, ethanol toxicity may lead to metabolic acidosis, which can cause sudden drop in blood glucose, respiratory depression, seizures and cardiac arrest….