How a coronavirus disaster unfolded on the USS Theodore Roosevelt 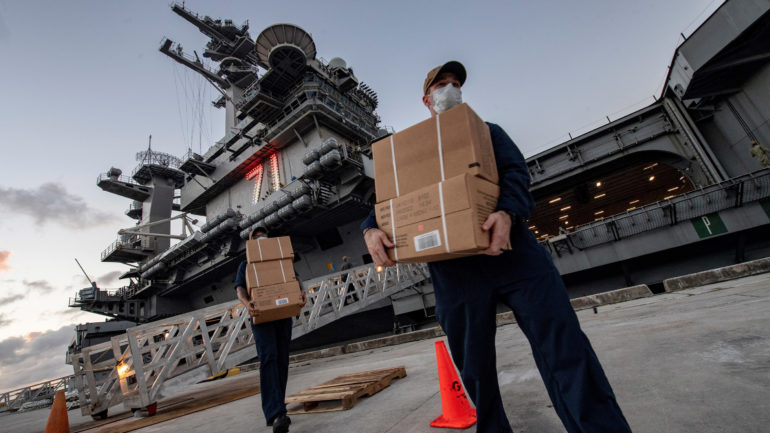 The story of an aircraft carrier beset by coronavirus reveals how quickly SARS-CoV-2 spreads in close quarters — and how typical procedures fail in a time of pandemic.

A new New York Times analysis into the case of the USS Theodore Roosevelt, a naval warship with nearly 5,000 crew aboard, illuminates how rapidly the disease spread, outpacing the Naval hierarchy’s ability to respond. The captain of the ship, Brett E. Crozier, wrote a desperate letter to other Naval personnel in the Pacific asking for help; he knew the letter would end his career, sources told the Times.

After the letter was published by the San Francisco Chronicle, Crozier was removed from his post by acting Navy secretary Thomas B. Modly. Video of Crozier getting a hero’s send-off by his crew went viral, and Modly flew to the ship — docked near Guam — and gave a speech calling the captain “stupid” and “naïve.” The resulting outcry led Modly himself to tender his resignation.

In Apps and WebCompaniesSmartphones
on 11 January 20222 min read

The virus likely came aboard the ship in Da Nang, Vietnam, where the Roosevelt made a port call on March 5. Some sailors spent a night in a hotel where two British nationals who later tested positive for the coronavirus also stayed, the Times reported. There were also military flights from Pacific bases onto the ship to deliver supplies in the following weeks, another potential source of…