How Airbnb, others are aiding those fleeing Taliban 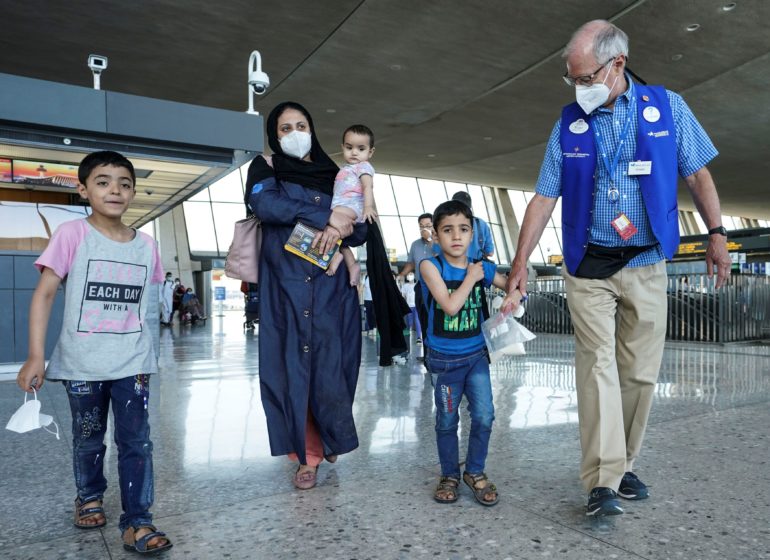 Businesses are rushing to support the thousands of refugees that have been evacuated from Afghanistan in recent days who are now faced with the difficult task of building a new life in an unfamiliar country.

Airbnb, Verizon, Walmart and Texas Medical Technology are among those who have offered to help the 100,000 plus people to have fled the country to the U.S. after Kabul fell to the Taliban on Aug. 15.

On Tuesday, Airbnb CEO Brian Chesky said the company is planning to temporarily house 20,000 refugees around the world free of charge.

Airbnb on Thursday invited non-hosts to help through its dedicated website for emergency housing that allows property owners to offer up any available space for free or at a discount. Airbnb is urging those that don’t have any available space to donate money to support housing efforts.

While access to housing is essential, many refugees will need to find jobs in their new countries to become financially independent.

Texas Medical Technology, a supplier and distributor of medical equipment, said it plans to hire 100 Afghan refugees within a year at a 144,000-square-foot manufacturing facility in Houston.

It hopes to have employed 10 Afghan refugees by the end of the month.

Then there’s keeping in contact with friends and family who are still in Afghanistan, which will be of vital importance to some in the immediate future.

Verizon on Tuesday said it plans to waive charges for calls from its consumer, business and residential landline customers to Afghanistan up until Sep. 6.

“During this time of need, customers need to stay connected with loved ones in Afghanistan,” said Ronan Dunne, executive vice president and CEO of Verizon Consumer Group for Verizon. “Waiving these kinds of calling charges will help them focus on what matters: communicating with family and friends.”

The telco is also inviting customers to donate $10 to the International Rescue Committee by texting RESCUE to 25383.

The mental health toll on Afghan refugees could be huge.

Hims & Hers, a telehealth platform that connects people to licensed healthcare professionals, said Wednesday that it is planning to do 10,000 mental health calls with Afghan refugees.

Locked in stone: Mars’ missing water might be stored in clay mineral

“With a mission to provide access to high-quality, convenient and affordable medical care and personalized treatment plans and solutions, we feel a moral responsibility to act — and fast,” the company said in a blog post on the Hims & Hers website.

Byte said it is planning to donate at least 25,000 oral care kits to Afghan refugees being resettled in the U.S. and elsewhere. Neeraj Gunsagar, the company’s CEO, said he believes it’s a moral obligation and in the national interest of the U.S. to help the refugees in this crisis.

Instead of offering direct support, some firms are donating money to charities. Discount retailer Walmart, for example, is donating $1 million to groups helping Afghan refugees in the U.S. through its philanthropic arm.

Thousands are still trying to flee Afghanistan ahead of President Joe Biden’s Aug. 31 deadline, and there are concerns many who want to leave the country won’t be able to.

The Pentagon on Sunday said it called up 18 civilian aircraft from United Airlines, American Airlines and Delta Air Lines, among others, to help carry those stationed at temporary locations after they landed on flights from Afghanistan.