How old is your dog in human years? Scientists develop better method than ‘multiply by 7’ 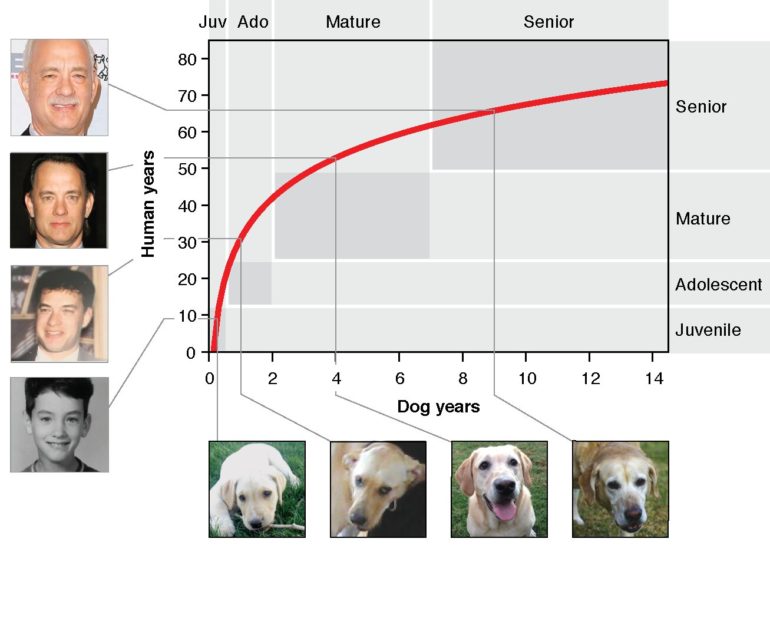 If there’s one myth that has persisted through the years without much evidence, it’s this: multiply your dog’s age by seven to calculate how old they are in “human years.” In other words, the old adage says, a four-year-old dog is similar in physiological age to a 28-year-old person.

But a new study by researchers at University of California San Diego School of Medicine throws that out the window. Instead, they created a formula that more accurately compares the ages of humans and dogs. The formula is based on the changing patterns of methyl groups in dog and human genomes—how many of these chemical tags and where they’re located—as they age. Since the two species don’t age at the same rate over their lifespans, it turns out it’s not a perfectly linear comparison, as the 1:7 years rule-of-thumb would suggest.

The new methylation-based formula, published July 2 in Cell Systems, is the first that is transferrable across species. More than just a parlor trick, the researchers say it may provide a useful tool for veterinarians, and for evaluating anti-aging interventions.

“There are a lot of anti-aging products out there these days—with wildly varying degrees of scientific support,” said senior author Trey Ideker, Ph.D., professor at UC San Diego School of Medicine and Moores Cancer Center. “But how do you know if a product will truly extend your life without waiting 40 years or so? What if you could instead measure your age-associated methylation patterns before, during and after the intervention to see if it’s doing anything?” Ideker led…