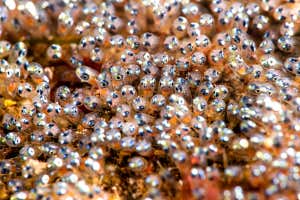 Fish are at a far greater risk from climate change than previously thought, as researchers have shown that embryos and spawning adults are more susceptible to warming oceans.

In a worst-case scenario of 5°C of  global warming, up to 60 per cent of fish species around the world would be unable to cope with temperatures in their geographical range by 2100, when different stages of their lives are taken into consideration. Even if humanity meets the Paris deal’s tough goal of holding warming to 1.5°C, it would be too hot for 10 per cent of fish.

Previously, we thought that just 5 per cent of fish species would struggle to cope with 5°C of global warming, but that was based on analysis of adult fish alone.

“We can say 1.5°C is not paradise, there will be changes. But we can limit those changes if we manage to stop climate change. Fish are so important for human nutrition, so this study makes a strong case for protecting our ecosystems and natural environments,” says Hans-Otto Pörtner at the Alfred Wegener Institute in Bremerhaven, Germany, part of the team behind the research.

The researchers analysed existing scientific literature on the heat tolerance of 694 species of freshwater and marine fish species.

Previous analysis has focused very little on life stages, but the team took into account differences between…