How to watch the A-League 2020/21 season in Australia: live stream matches online 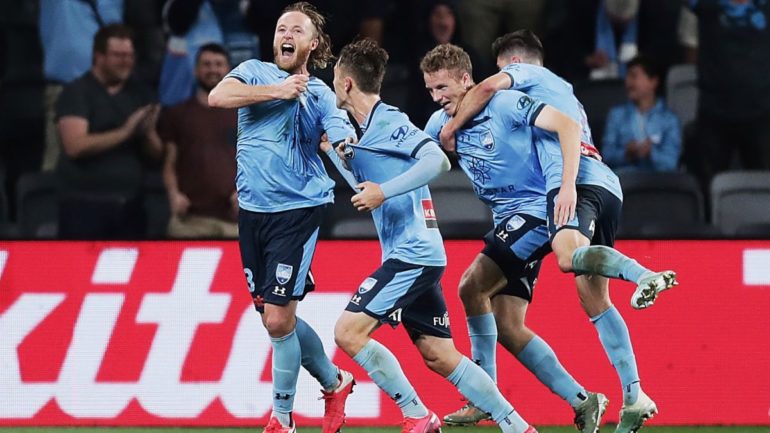 The 2020/21 A-League season is kicking off tonight (Monday, December 28), but the recent Covid-19 outbreak in Sydney has already led to disruption in the scheduling.

The opening match of the A-League 2020/21 season is going ahead, with the first clash set to be between Western United and Adelaide United.

State border closures and quarantine restrictions now mean that this season’s competition will be split – at least for the first month. So, for now, all NSW-based teams will play each other for the next four weeks.

For the foreseeable future, though, the remaining sides will travel to play each other without restriction. As a result, almost half of the season’s first 35 games are now listed as ‘to be confirmed’.

Here’s a look at the first two rounds in the A-League 2020/21 season, with postponed games shown as TBC and times shown in AEDT:

Despite a shaky schedule ahead, current champions Sydney FC seem unstoppable, and will be chasing their third grand final win in a row this season – a feat no team is yet to achieve in the competition’s history.

With (hopefully) a full season ahead of us, it’s time to get ready for the A-League before it gets underway tonight at 7pm AEDT (Monday, December 28).

Every match will be broadcast live on Fox Sports, and on streaming service Kayo, with certain games available on free-to-air. Here’s how you can watch it all unfold.

If you want to catch the A-League live online, your best option is Kayo Sports. The streaming service is a more affordable alternative to Foxtel’s Fox Sports, and boasts over 50 sports live and on demand.

It has almost everything there is from Foxtel’s sports pack, including all the A-League match-ups.

For AU$25 a month, you can get a basic Kayo package – that’ll get you access to two screens at once. There’s a 14-day free trial on offer and you’re able to cancel anytime, with no lock-in contracts to keep you bound to the service.

Kayo’s Basic package will let you live stream and catch up on over 50 sports on two devices at the same time. You’ll have access to Kayo’s features such as SplitView, and you can cancel any time as there’s no lock-in contract.View Deal

The ABC is the official free-to-air partner of the competition, and will air one match each round of the 2020/21 season, as well as delayed broadcasts of certain final match-ups. Each match shown on free-to-air will also be available to stream on ABC iview.

There is a second option – Telstra’s My Football Live app – which is data free but exclusive only to Telstra customers.