Huge uptick in lightning over the Arctic in past decade, research shows 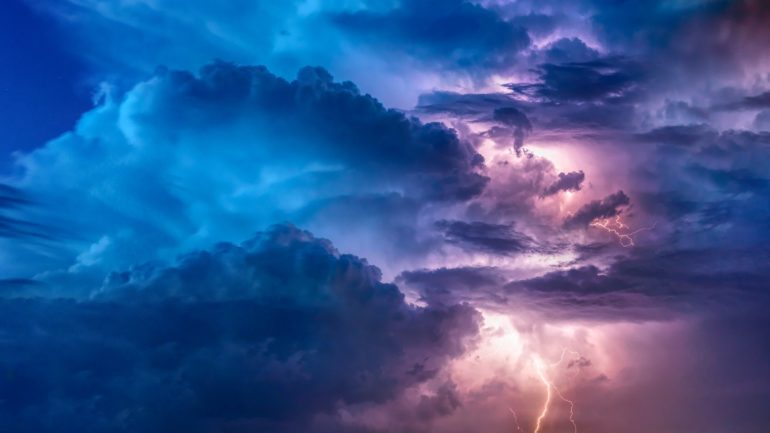 A combined team of researchers from the University of Washington and the University of Otago has found that lightning strikes in the Arctic have been rising dramatically over the past decade. In their paper published in the journal Geophysical Research Letters, the group describes their study of data from the World Wide Lightning Location Network (WWLLN) and what they found.

Lightning is much less common in colder parts of the planet—the chill is less conducive to the humidity required for electrically charging ice crystals in clouds. In this new effort, the researchers found that for one cold region, the number of lightning strikes has been increasing dramatically as average air temperatures rise due to global warming. Notably, prior research has shown that temperatures are rising approximately three times faster in the Arctic than in the rest of the world.

The work began as team members in Washington began noticing more lightning strikes in Arctic regions—they were studying data from the WWWLLN, which is run by the University of Washington. That led to a more in-depth study, one focused on comparing the number of lightning strikes in northern parts of Canada, Siberia, Alaska and the Arctic Ocean—basically, anything above 65 degrees latitude. They focused their efforts on summing the number of strikes in the Arctic region for the years 2010 to 2020.

Data, mainly for the summer months, showed the average number of lightning strikes in a given year for the entire region rose from approximately 18,000 to over 150,000. Worried that the massive increase might be due to improvements in technology, the researchers adjusted for sensor differences and compared what they found with lightning strikes in other parts of the world over the same time period. The results remained the same. But the comparison showed that lightning strikes in the Arctic, once accounting for 0.2% of all lightning strikes across the planet in 2010, accounted for 0.6% in 2020.

The researchers suggest that in addition to providing a reminder of the warming of the planet, their findings will likely influence land managers in the Arctic to step up their approach to handling forest fires that result from the increase in lightning strikes.

Citation:
Huge uptick in lightning over the Arctic in past decade, research shows (2021, March 26)
retrieved 28 March 2021
from https://phys.org/news/2021-03-huge-uptick-lightning-arctic-decade.html