If the Dune movie gets a sequel, expect a new main character 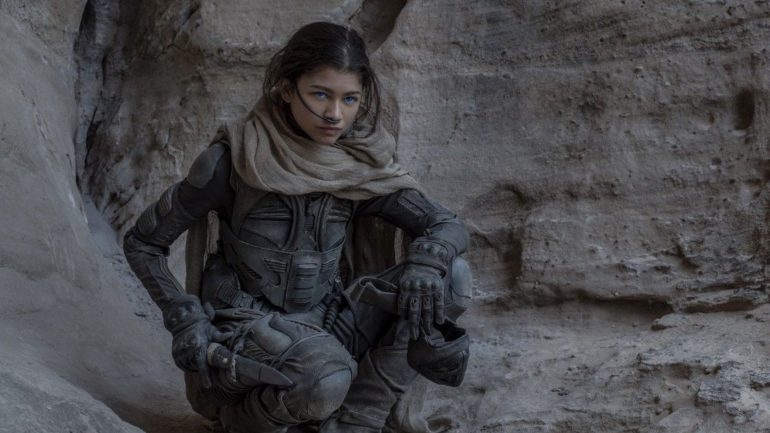 If Dune gets a sequel, it will feature Zendaya’s character Chani as its protagonist, director Denis Villeneuve has revealed. While the first movie will star Timothee Chalamet as Paul Atreides, the planned sequel will switch focus.

As translated by IGN, Villeneuve told the Italian magazine Il Venerdì di Repubblica that he’s excited about filming this follow-up. “I’m honored to present on-screen two talents [Timothée Chalamet and Zendaya] that are so explosive, and I can’t wait to shoot the second part of Dune to get them back together. Knowing that in the next chapter Zendaya will be the protagonist of the story.”

In the first part of Dune, we’re introduced to Paul Atreides, a talented young man destined for greatness. In this universe, the families Atreides and Harkonnen battle over a powerful spice on a dangerous planet known as Arakkis. Zendaya plays Chani, one of the Fremen tribe, who reside on the planet.

Dune was made with a sequel in mind. Indeed, when a preview of the film was shown on IMAX theatres earlier this year, it bore the title Dune: Part One. A sequel doesn’t appear to have been greenlit or scheduled yet, however, which at least implies the performance of this first one will be a factor in whether it goes ahead.

Back in December 2020, Villeneuve used a Variety op-ed to blast the decision to put the movie on HBO Max in the US at the same time it hit theaters. “Warner Bros.’ decision means ‘Dune’ won’t have the chance to perform financially in order to be viable and piracy will ultimately triumph. Warner Bros. might just have killed the ‘Dune’ franchise.”

It’s unclear if anything has changed since then – but work has been done on the script for a follow-up, and Villeneuve’s enthusiasm for Zendaya fronting the sequel seems like a positive sign.

Dune will release on October 21.

Analysis: The obstacles to Dune getting a sequel

On a normal year, you could see Dune being a guaranteed success at the box office. In 2021, as the theatrical landscape seems wonky and movies like The Suicide Squad underperform, it’s actually hard to tell what the parameters are for a movie of Dune’s scale to get a sequel.

Since the film releases on HBO Max the same time it hits theaters, it’s not likely to pull in a billion dollars worldwide as it might have done in normal times. Just look at this year’s release of Fast and Furious 9, which made a solid $643.6 million at the box office – that’s still a steep drop from its predecessor, The Fate of the Furious, which made a colossal $1.236 billion at the box office.

That film wasn’t released on a streaming service too, either, so Dune is stepping into a challenging environment in terms of moneymaking potential. This, of course, will be a major factor in determining whether the movie gets the sequel it deserves.

But here’s what it does have on its side: an amazing cast, stunning effects and one of the best directors of his generation. If any movie can feel like enough of an event to get people excited about going to the cinema, surely it’s this one – and maybe cinemagoers need something new to get them excited about getting back into that ritual. Perhaps the same old stock of superhero movies and sequels isn’t enough right now.