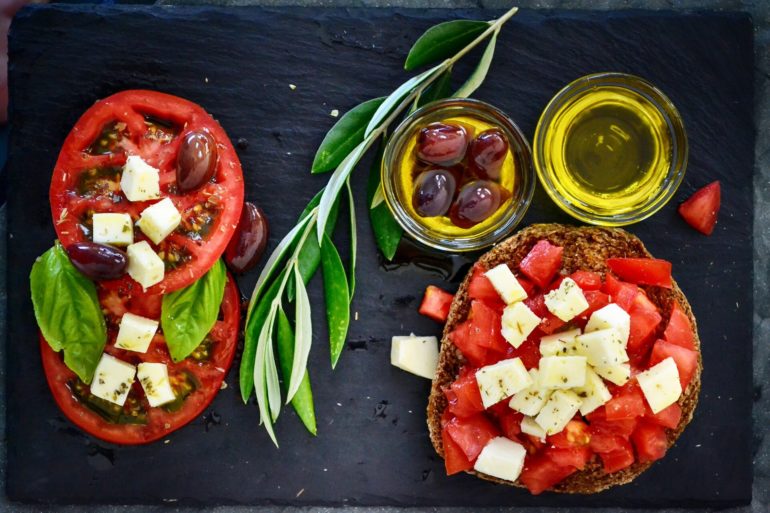 Eating a healthy diet, such as the Mediterranean diet, has a positive impact on health, but little is known about the effects of including unhealthy foods in an otherwise healthy diet. Now researchers at Rush University Medical Center have reported diminished benefits of a Mediterranean diet among those with high frequency of eating unhealthy foods. The results of their study were published in Alzheimer’s & Dementia: The Journal of the Alzheimer’s Association on Jan. 7.

“Eating a diet that emphasizes vegetables, fruit, fish and whole grains may positively affects a person’s health,” said Puja Agarwal, Ph.D., a nutritional epidemiologist and assistant professor in the Department of Internal Medicine at Rush Medical College. “But when it is combined with fried food, sweets, refined grains, red meat and processed meat, we observed that the benefits of eating the Mediterranean part of the diet seems to be diminished.”

A Mediterranean diet is associated with slower rates of cognitive decline in older adults.

The observational study included 5,001 older adults living in Chicago who were part of the Chicago Health and Aging Project, an evaluation of cognitive health in adults over the age of 65 conducted from 1993 to 2012. Every three years, the study participants completed a cognitive assessment questionnaire that tested basic information processing skills and memory, and they filled out a questionnaire about the frequency with which they consumed 144 food items.

The researchers analyzed how closely each of the study participants adhered to a Mediterranean diet, which includes daily consumption of fruit, vegetables, legumes, olive oil, fish, potatoes and unrefined cereals, plus moderate wine consumption. They also assessed how much each participant followed a Western diet, which included fried foods, refined grains, sweets, red and processed meats, full-fat dairy products and pizza. They assigned scores of zero to five for each food item to compile a total Mediterranean diet score for each participant along a range from zero to 55.

The researchers then examined the association between Mediterranean diet scores and changes in participants’ global cognitive function, episodic memory and perceptual speed. Participants with slower cognitive decline over the years of follow-up were those who adhered closest to the Mediterranean diet, along with limiting foods that are part of Western diet, whereas participants who ate more of the Western diet had no beneficial effect of healthy food components in slowing cognitive decline.

There was no significant interaction between age, sex, race or education and the association with cognitive decline in either high or low levels of Western diet foods. The study also included models for smoking status, body mass index and other potential variables such as cardiovascular conditions and findings remained the same.

“Western diets may adversely affect cognitive health,” Agarwal said. “Individuals who had a high Mediterranean diet score compared to those who had the lowest score were equivalent to being 5.8 years younger in age cognitively.”

Agarwal said that the results complement other studies showing that a Mediterranean diet reduces the risk of heart disease, certain cancers and diabetes and also support previous studies on Mediterranean diet and cognition. The study also notes that most of the dietary patterns that have shown improvement in cognitive function among older adults, including the Mediterranean, MIND, and DASH diets, have a unique scoring matrix based on the amount of servings consumed for each diet component.

“The more we can incorporate green leafy vegetables, other vegetables, berries, olive oil, and fish into our diets, the better it is for our aging brains and bodies. Other studies show that red and processed meat, fried food and low whole grains intake are associated with higher inflammation and faster cognitive decline in older ages,” Agarwal said. “To benefit from diets such as the Mediterranean diet, or MIND diet, we would have to limit our consumption of processed foods and other unhealthy foods such as fried foods and sweets.”

The study and its findings cannot be readily generalized. Future longitudinal studies on diet and cognition among the middle-aged population are needed to extend these findings.