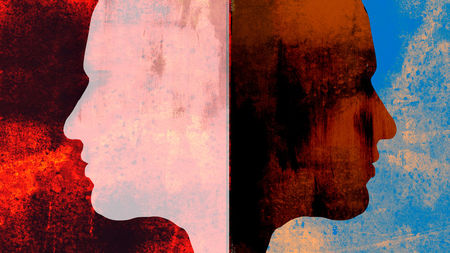 HOUSTON, TEXAS—Schizophrenia tends to run in families, which suggests it’s largely inherited. But a long-running search for genes underlying this severe psychiatric condition has yielded only indirect clues. Now, by scouring the DNA of tens of thousands of people, gene hunters have for the first time nabbed a handful of rare genes that, when mutated, appear to be direct contributors to the disease—and may shed light on what goes awry in a schizophrenia patient’s brain.

“These are concrete genes with mutations with a clear molecular mechanism,” says Mark Daly of the Broad Institute in Cambridge, Massachusetts, and the University of Helsinki, who is principal investigator for a consortium that presented the work last week at the annual meeting of the American Society of Human Genetics (ASHG) here.

“It was a fabulous talk,” says Jennifer Mulle of Emory University in Atlanta, who studies the genetics of psychiatric disorders. “We don’t understand anything about the biological pathways [in schizophrenia]. Now, these genes give us an avenue.”

People with schizophrenia, which afflicts about 0.7% of the U.S. population, have a distorted sense of reality and confused thinking; they may have…