Is forearm curvature in the ‘Little Foot’ Australopithecus natural or pathological? 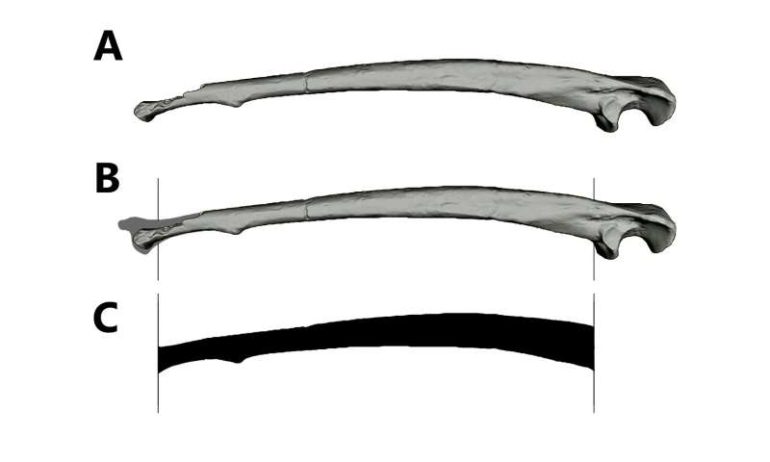 The 3.67-million-year-old StW 573 (“Little Foot”) Australopithecus from Sterkfontein, South Africa, is the most complete skeleton known in the hominin fossil record.  Its discoverers suggested that the significant curvature of its forearm is the result of a fall from a tree during childhood.  They argued this early Australopithecus suffered acute plastic bowing of the forearm—a deformity common in young children after suffering a traumatic fall onto an outstretched hand, as juvenile bones are more elastic than those of adults.

The new research published in the Journal of Human Evolution shows that the extreme curvature of the Little Foot forearm is most like orangutans, and reflects a natural degree of curvature observed in other apes and several other early hominins.  Such curvature is a normal anatomic feature among extant apes and many early hominins and is thought to be a reaction to behaviors where the forelimb is habitually used in locomotion.

Similar results were found in other early fossils, including in the oldest hominin, Sahelanthropus tchadensis (dated in excess of six-million-years), whose forearm curvature was most similar to gorillas.  Thus, it appears that the forelimb of both Sahelanthropus and Little Foot had not been fully emancipated from a role in locomotion.