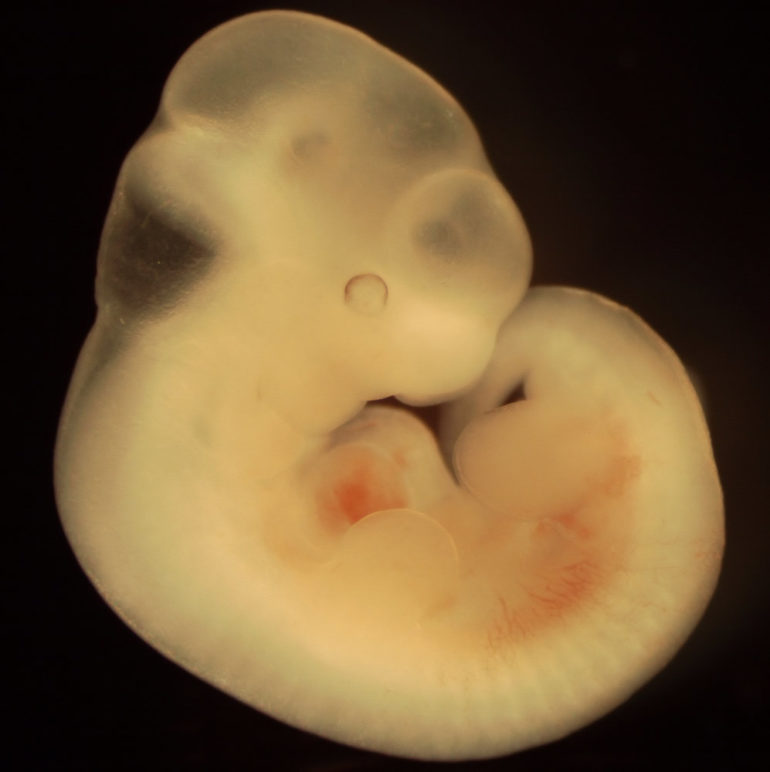 Some unusual embryos may soon be growing in Japan: those of human-mouse and human-rat hybrids, news sources are reporting.


A research group in Japan received approval from a committee in the Japanese government on July 24 to move forward with an experiment that will put a type of human stem cells (cells that can grow into almost any cell) into animal embryos.


Once inside the embryos, the human cells — called induced pluripotent stem (iPS) cells — may grow into specific organs. If all goes well, the researchers plan to eventually grow human organs in other animals, such as pigs. Perhaps these organs could one day be used for organ transplants in people, the researchers said. [The 9 Most Interesting Transplants]


“I personally thought it was very exciting” that the Japanese government approved this project, said Ronald Parchem, an assistant professor of neuroscience at Baylor College of Medicine in Houston, who is not involved with the new research. “It has tremendous potential to help many people who are suffering from a broad variety of diseases or in need of different types of tissue or organ replacement.”


There are, however, scientific and ethical questions that may arise as this research progresses.


How we got here


Japan made headlines in March when the country reversed a ban on growing human cells in animal embryos beyond Day 14 of an embryo’s existence and transplanting those embryos into the uterus of a surrogate animal. This reversal was a big deal for Hiromitsu Nakauchi, a stem-cell biologist at Stanford University and the University of Tokyo, who has been pursuing this line of research for more than a decade, Nature…