Scientists Create Contact Lenses That Zoom with Blinks and Looks 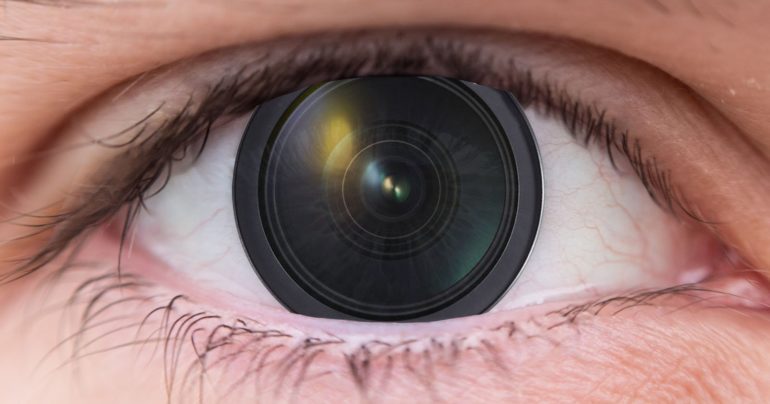 Scientists have revealed a new futuristic robotic contact lens that’s essentially an advanced zoom lens for the human eye. It can be zoomed and controlled by blinking and looking around.

The researchers at the University of California San Diego detailed their design in a new paper titled, “A Biomimetic Soft Lens Controlled by Electrooculographic Signal,” in the journal Advanced Functional Materials.

Mounted to a human eye using a set of five electrodes placed around the eyeball, the contact lens zooms in and out when the wearer double blinks. An electrical charge is applied to the polymer film layers of the lens, expanding or contracting it to change its thickness. 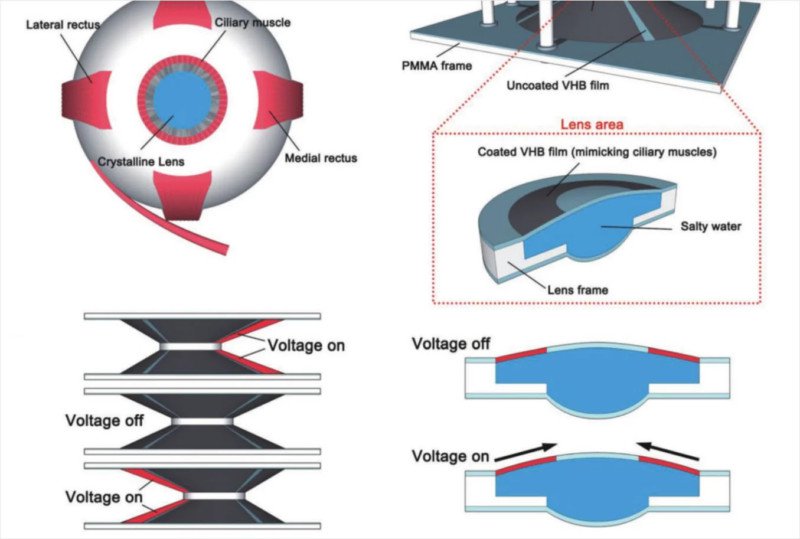 European scientists already announced a blink-to-zoom 2.8x contact lens back in 2013, but this new contact lens goes a step further by detecting and responding to eye movements as well.

So in addition to double blinks, the contact lens can be controlled by looking in different directions (e.g. up, down, left, and right) as well, shifting as your eye moves around. 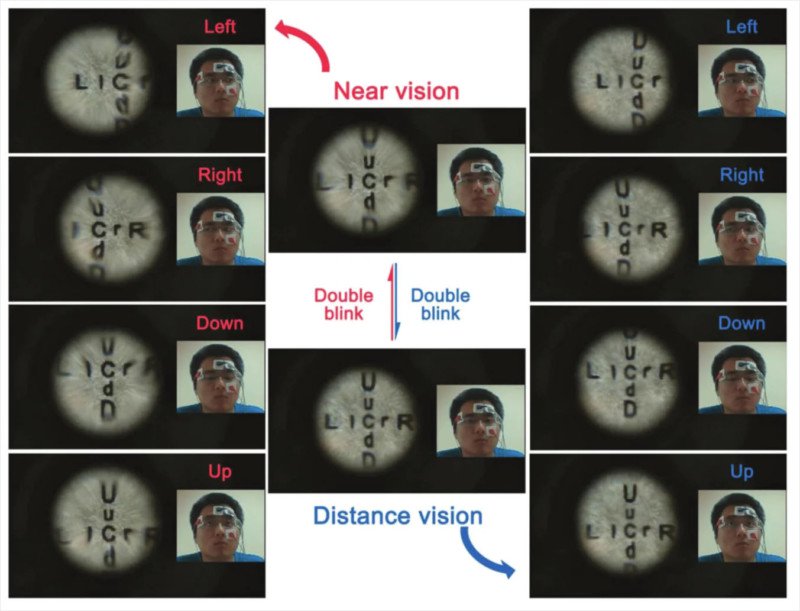 This technology is still in its infancy and likely still a long way away from being available for public use, but scientists say it could one day be used for everything from visual prostheses to remotely operated robotics.

(via The Independent and Gizmodo)

Image Header illustration based on photo by Kamil Saitov and licensed under CC BY 4.0