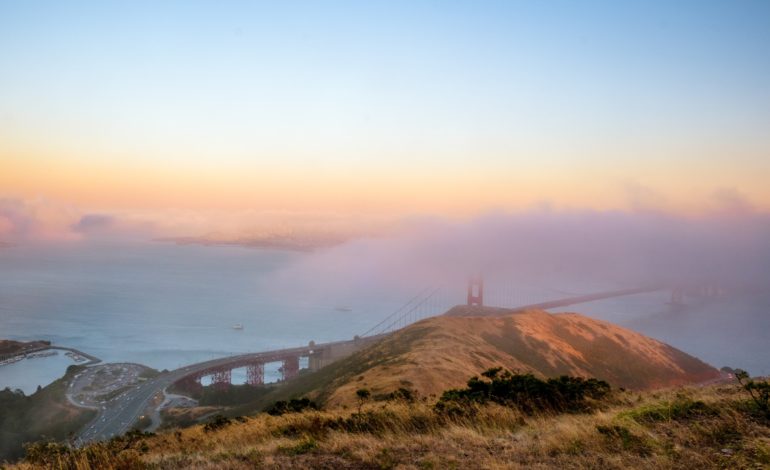 Scientists have pinpointed a long-overlooked portion of the southern San Andreas Fault that they say could pose the most significant earthquake risk for the Greater Los Angeles area—and it’s about 80 years overdue for release.

But there could be a silver lining. If their analysis is right, experts say it’s possible that when a long-predicted and much more devastating earthquake hits, it may not do quite as much damage to the region as some scientists previously feared.

“That’s a significant reduction in risk for L.A. if this is true,” said longtime seismologist Lucy Jones, who was not involved in the study published Wednesday in the journal Science Advances.

The San Andreas Fault is a roughly 800-mile fracture that runs much of the length of California and is capable of producing a much-feared, massive temblor known simply as “the Big One.”

As the Pacific and North American continental plates move past one another, the southern San Andreas Fault carries about half the resulting strain from that motion, up to 25 millimeters (about 1 inch) per year. Eventually, that strain is released through earthquakes.

Not every part of the fault carries that strain equally, though. In Southern California, the San Andreas Fault system is made up of many smaller “strands,” and it’s difficult for earthquake researchers to identify which parts of the fault system are most at risk of rupture.

Case in point: the bouquet of fault strands—Garnet Hill, Banning and Mission Creek—that crosses the Coachella Valley. Scientists long thought much of the southern San Andreas Fault’s slip occurred along the Banning strand and the Garnet Hill strand; the Mission Creek strand, they said, didn’t take much of the strain at all.

But the new findings turn that idea on its head.

Kimberly Blisniuk, an earthquake geologist at San Jose State University, went looking for evidence that earthquakes had caused landforms to move across the surface. She found them at Pushawalla Canyon, a site along the Mission Creek strand in the Little San Bernardino Mountains.

There, right next to the water-carved canyon, she saw a series of three ancient “beheaded channels”—long depressions in the desert that looked like they were once part of the original canyon before earthquakes shoved them aside.

Blisniuk walked the area to get a better look at these telltale signs of ancient rupture. In each of the channels, she and her team dated the ages of rocks and soil.

Based on these three landmarks, the researchers calculated that the average slip rate for the Mission Creek strand was about 21.6 millimeters (less than an inch) per year. At that rate, they realized, it accounted for the vast majority of the strain along the southern San Andreas Fault.

By contrast, they calculated that the Banning strand had a slip rate of just 2.5 millimeters per year.

“I was really excited,” said Blisniuk, who said it took years to produce the data needed to make a convincing case that the ancient channels did indeed once connect to Pushawalla Canyon.

“The San Andreas Fault is one of the best studied faults in the world, and there’s still so much we can do” to better understand it, she said.

Because the southern San Andreas Fault is likely to experience ground-rupturing earthquakes at an average rate of one every 215 years or so—and because the last such earth-shaker in the southernmost section took place in 1726—we’re about 80 years overdue, Blisniuk said.

About 6 to 9 meters of elastic strain have likely accumulated along the fault since the last one, the scientists said—which means that when it finally releases, the ground will likely shift roughly 20 to 30 feet. Whether it takes a single quake, or many of them, to go that distance remains to be seen, Blisniuk said.

The discovery “looks like it could be a landmark study,” said Thomas Heaton, an emeritus professor of engineering seismology at Caltech who was not involved in the research.

Jones, who was not involved in the study, is now retired from the U.S. Geological Survey. But in 2008, she led a group of more than 300 scientists, engineers and other experts to study the potential consequences of the Big One in detail. The result was the ShakeOut Earthquake Scenario, which predicted that a 7.8 magnitude earthquake on the San Andreas Fault could result in more than 1,800 deaths, 50,000 injuries and $200 billion in damage and other losses.

The new findings could alter that scenario and make it less grim, Jones said. Here’s why: The Big One can only be triggered by a massive rupture on a long stretch of the San Andreas Fault, something on the order of 200 miles. If that rupture ended up traveling along the Banning strand—as the ShakeOut model assumed—its east-west tilt would send energy into the San Bernardino Valley, the San Gabriel Valley and finally into the Los Angeles Basin.

But if the rupture were to follow the Mission Creek strand, its more northwesterly orientation would divert some of that energy away from the L.A. Basin, sparing it some of the devastation.

Ultimately, Jones said, “This is a piece in an ongoing debate and not yet completely resolved—probably won’t be, until we have the earthquake.”

“It would almost be a surprise to me as a scientist if the real earthquake, when it happens, plays out in a way that’s really close to what we imagined,” he said. “The earth is always surprising us—it’s always reminding us that we need some humility in this business.”