Leonardo da Vinci definitely did not sculpt the Flora bust 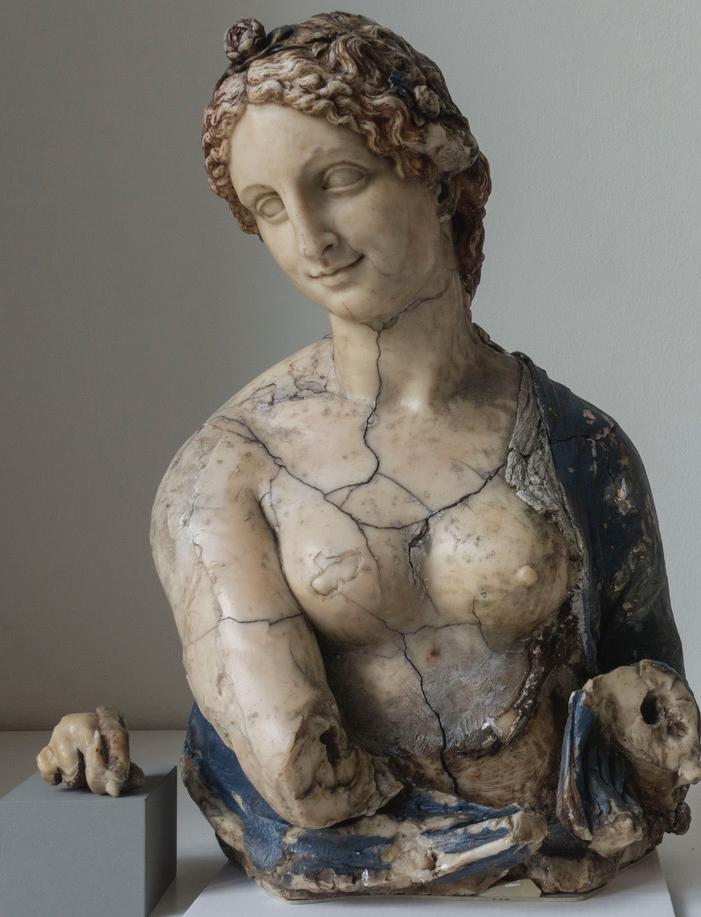 “It is machination, it is deception,” said the director general of the Berlin Royal Museums in his defense when criticized for buying a fake. Wilhelm Bode did not budge an inch: The sculpture he acquired in 1909 was an as-yet unknown production of the great Renaissance master Leonardo da Vinci.

After 100 years and numerous controversies, a group of scientists led by a CNRS researcher has just proven him wrong once and for all. The Flora wax bust, conserved at the Bode Museum in Berlin, recently underwent radiocarbon (14C) dating, which provided both a precise date and an incontrovertible result: It was made in the 19th century, nearly 300 years after da Vinci’s death.

As the sculpture was made primarily from spermaceti, a kind of wax extracted from whales, the researchers had to develop a new calibration method to accurately date the work of art.

Their results, which were published on 15 April 2021 in Scientific Reports, show how 14C dating can be applied to unusual materials.