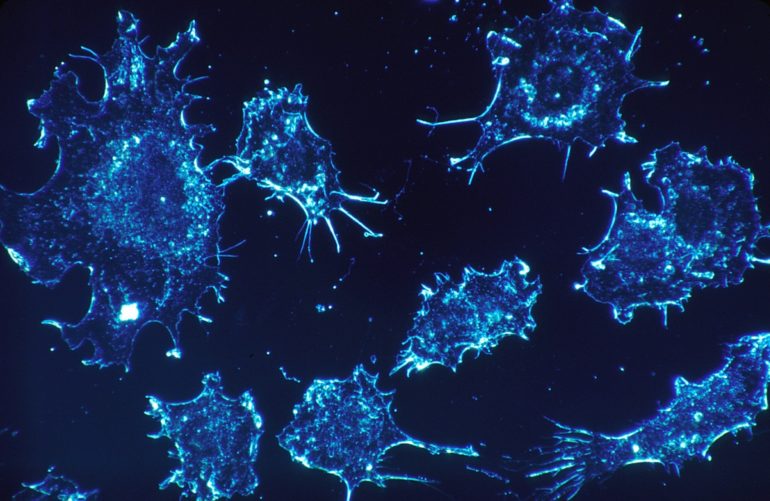 In analyzing data from hundreds of patients with NSCLC who were treated with these drugs, the researchers found that those whose cancer receded tended to have less aneuploidy in their tumor cells than those whose disease remained stable or worsened. These findings suggest that aneuploidy testing can have an important role in determining which treatment is most likely to benefit patients, according to the researchers.

“Aneuploidy is a widespread feature of non-small cell lung cancer and is associated with altered immune signaling; however, the functional significance of cancer aneuploidy remains unclear,” said João Alessi, MD, of Dana-Farber who will be presenting the study findings. “Despite the availability of biomarkers for predicting which patients are most likely to respond to checkpoint-inhibiting drugs, less than 50 percent do respond, highlighting the need for new and better markers.”

The checkpoint inhibitors used to treat NSCLC target the proteins PD-1 or PD-L1, which deter immune system T cells from attacking tumor cells. By blocking these proteins, the drugs allow the attack to proceed. The discovery by Dana-Farber scientists that PD-1 and PD-L1 can stymie an immune attack on cancer cells laid the foundation for the development of a new generation of checkpoint inhibitors.

For this study, Alessi and his colleagues analyzed data from 279 patients with NSCLC who had been treated with PD-1 or PD-L1 inhibitors. Each tumor was assigned an aneuploidy score from 0-39 based on the number of altered chromosome arms within its cells. The researchers used this information to explore whether aneuploidy score was linked to the effectiveness of treatment.

Aneuploidy score was significantly associated with progression-free and overall survival even after adjusting for other factors, such as performance status, oncogenic driver mutation, PD-L1 expression, tumor mutational burden, and line of treatment. After adjustment, patients with aneuploidy scores less than or equal to 2 were 28% and 36% more likely to have improved progression-free and overall survival, respectively, compared with patients with aneuploidy scores greater than 2.

Alessi and his colleagues also found that tumors with low aneuploidy scores had significantly higher numbers of immune cells positive for the CD8, Foxp3, and PD-1 proteins. The presence of these inflammatory markers indicates that tumors with low aneuploidy may be more likely to come under immune system attack than those with higher aneuploidy levels, which could contribute to increased responses to immune checkpoint inhibition. Aneuploidy score was not associated with PD-L1 expression or tumor mutational burden, suggesting that aneuploidy score could serve as an independent predictive biomarker.

“Our report provides a sizeable advance to understanding how aneuploidy correlates with response to treatment, making it a potential biomarker for the effectiveness of immunotherapy in patients with NSCLC,” said Alessi. “Incorporating aneuploidy score in molecular testing may aid treatment decisions and clinical trial design.”

A new study reveals a vulnerability of cancer cells