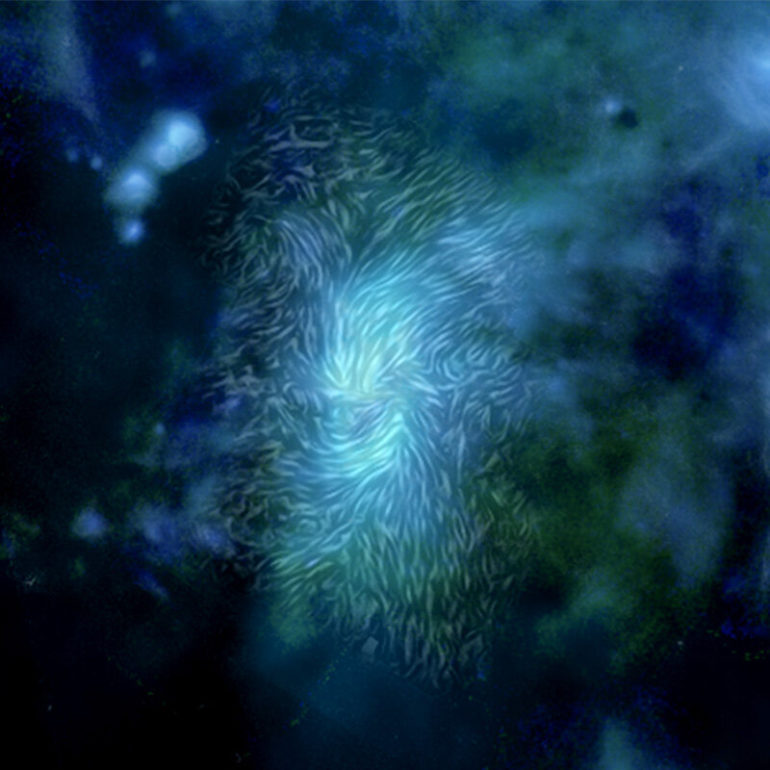 Observations from Stratospheric Observatory for Infrared Astronomy (SOFIA) indicate that the magnetic field near our galaxy’s core is strong enough to control the material moving around the black hole, even in the presence of the black hole’s enormous gravitational forces.

The research, presented today at a meeting of the American Astronomical Society, could help answer longstanding mysteries about why our black hole is relatively quiet compared to others, and why the formation of new stars in our galaxy’s core is lower than expected.

Using its newest infrared instrument to study celestial dust grains, which align perpendicular to magnetic field lines, SOFIA was able to produce detailed maps of our galactic center, showing the behavior of these otherwise invisible magnetic fields around the black hole.

“There are still aspects of our galaxy’s black hole that we can’t explain with gravity alone,” said Joan Schmelz, director at the Universities Space Research Association, in Columbia, MD, and SOFIA senior science advisor. “Magnetic fields may be able to help solve these mysteries.”

In AIApps and WebCompaniesSmartphones
on 16 December 20201 min read

Scientists have often relied on gravity to explain their results because measuring celestial magnetic fields is extremely challenging. But the data from SOFIA now compel scientists to consider their role. We know that magnetic fields in the Earth’s magnetosphere protect us from high-energy particles coming from the Sun. They also control the plasma of the solar atmosphere, called the corona, where they create dramatic loops and powerful flares. SOFIA found that the…