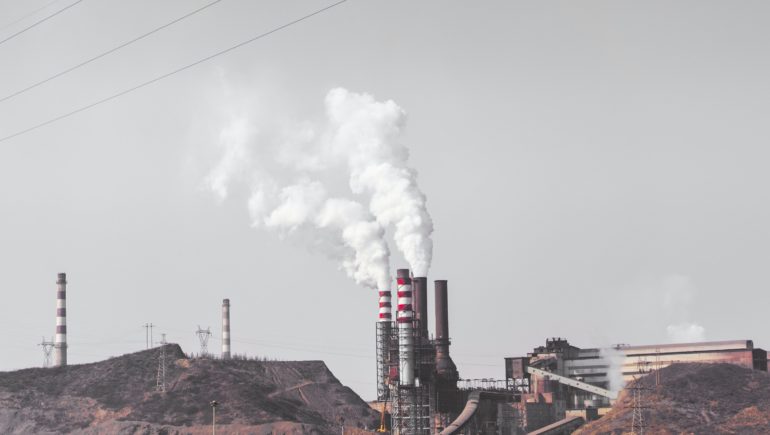 Poor air quality is associated with a considerable proportion of pregnancy loss in India, Pakistan, and Bangladesh, according to a modelling study published in The Lancet Planetary Health journal.

Previous studies have suggested a link between air pollution and pregnancy loss in other regions, but this is the first study to quantify the burden in south Asia, which is the most populous region in the world and has the highest rate of pregnancy loss. Therefore, understanding the risk factors for pregnancy loss in south Asia is crucial to improving maternal health regionally and globally.

Lead author on the study, Dr. Tao Xue, Peking University, China, says, “South Asia has the highest burden of pregnancy loss globally and is one of the most PM2.5 polluted regions in the world. Our findings suggest that poor air quality could be responsible for a considerable burden of pregnancy loss in the region, providing further justification for urgent action to tackle dangerous levels of pollution.”

One of the co-authors, Dr. Tianjia Guan, is from the Chinese Academy of Medical Sciences and Peking Union Medical College, Beijing, China. She says “We know losing a pregnancy can have knock-on mental, physical and economic effects on women, including increased risk of postnatal depressive disorders, infant mortality during subsequent pregnancy, and increase the costs related to pregnancy, such as loss of labour. Therefore, reducing pregnancy loss may also lead to knock-on improvements in gender equality.”

To carry out their analysis, the authors combined data from household surveys on health from 1998-2016 (from women who reported at least one pregnancy loss and one or more livebirths) and estimated exposure to PM2.5 during pregnancy through combining satellite with atmospheric modelling outputs. They created a model to examine how exposure to PM2.5 increased women’s risk of pregnancy loss, calculating risk for each 10 μg/m³ increased in PM2.5 after adjusting for maternal age, temperature and humidity, seasonal variation, and long-term trends in pregnancy loss.

Using this association, they calculated the number of pregnancy losses that may have been caused by PM2.5 in the whole region for the period 2000-16 and looked at how many pregnancy losses might have been prevented under India’s and WHO’s air quality standard (40 μg/m³ and 10 μg/m³, respectively).

In the study, they included 34,197 women who had lost a pregnancy, including 27,480 miscarriages and 6,717 stillbirths, which were compared to livebirth controls. Of the pregnancy loss cases, 77% were from India, 12% from Pakistan, and 11% from Bangladesh.

Gestational exposure to PM2.5 was associated with an increased likelihood of pregnancy loss, and this remained significant after adjusting for other factors. Each increase in 10 μg/m³ was estimated to increase a mother’s risk of pregnancy loss by 3%.

The increase in risk was greater for mothers from rural areas or those who became pregnant at an older age, compared to younger mothers from urban areas.

Although WHO’s guidelines aims for a safer level of air pollution, the authors note that India’s standard is a more realistic target level, given the high average levels of air pollution in the region and the need to balance practical governance and public health.

Pregnancy loss associated with air pollution was more common in the Northern plains region in India and Pakistan. Although the total burden of pregnancy loss was predominantly borne by rural women aged under 30 years old in recent years, the burden attributable to PM2.5 also affected older mothers (aged 30 years or over) in rural areas because of their high susceptibility to the adverse effects of PM2.5.

The authors note several limitations of their study. In the surveys, they were not able to distinguish between natural pregnancy loss and abortions and there was under-reporting of pregnancy losses because of stigma or ignoring very early pregnancy losses. They also note that the survey data is subject to recall bias, therefore, recommending the causality of the association should be further examined in longitudinal studies. In addition, satellite-based estimates of PM2.5 were used, this was necessary because insufficient local monitoring is available.