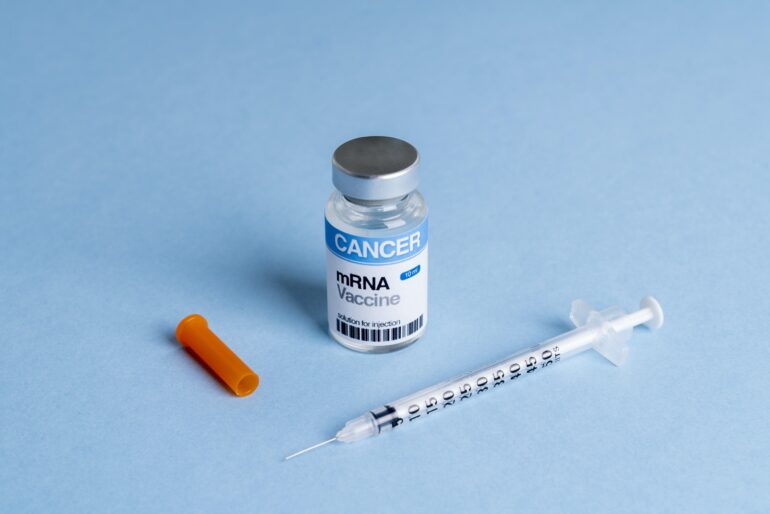 Media outlets have reported the encouraging findings of clinical trials for a new experimental vaccine developed by the biotech company Moderna to treat an aggressive type of skin cancer called melanoma.

Although this is potentially very good news, it occurred to me that the headlines may be unintentionally misleading. The vaccines most people are familiar with prevent disease, whereas this experimental new skin cancer vaccine treats only patients who are already sick. Why is it called a vaccine if it does not prevent cancer?

I am a biochemist and molecular biologist studying the roles that microbes play in health and disease. I also teach cancer genetics to medical students and am interested in how the public understands science. While preventive and therapeutic vaccines are administered for different health care goals, they both train the immune system to recognize and fight off a specific disease agent that causes illness.

How do preventive vaccines work?

Most vaccines are administered to healthy people before they get sick to prevent illnesses caused by viruses or bacteria. These include vaccines that prevent polio, measles, COVID-19 and many other diseases. Researchers have also developed vaccines to prevent some types of cancers that are caused by such viruses as the human papillomaviruses and Epstein-Barr virus.

Your immune system recognizes objects such as certain microbes and allergens that do not belong in your body and initiates a series of cellular events to attack and destroy them. Thus, a virus or bacterium that enters the body is recognized as something foreign and triggers an immune response to fight off the microbial invader. This results in a cellular memory that will elicit an even faster immune response the next time the same microbe intrudes.

The problem is that sometimes the initial infection causes serious illness before the immune system can mount a response against it. While you may be better protected against a second infection, you have suffered the potentially damaging consequences of the first one.

This is where preventive vaccines come in. By introducing a harmless version or a portion of the microbe to the immune system, the body can learn to mount an effective response against it without causing the disease.

Why do we learn to reward cooperation?

How does the Moderna cancer vaccine work?

Unlike cervical cancer, skin melanoma isn’t caused by a viral infection, according the latest…