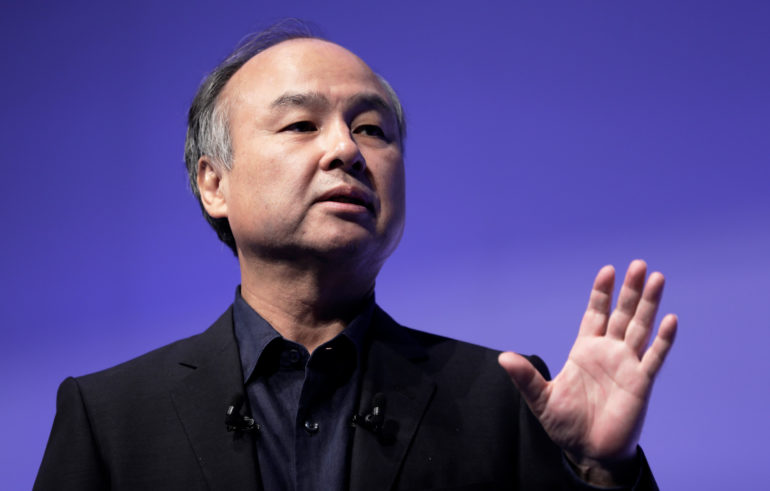 After a blowout quarterly report, SoftBank CEO Masayoshi Son told CNBC he expects to see even more exits from companies in the Vision Fund’s portfolio.

“I want to create an ecosystem … where we would have multiple companies going for IPOs,” Son said in the interview with “Squawk Box” co-host Andrew Ross Sorkin, recorded Wednesday night. He said 14 of SoftBank’s Vision Fund companies had an IPO or other exit during the last 12 months, up from eight exits the year before.

SoftBank on Wednesday reported $45.88 billion in net profit for the last quarter, largely thanks to the IPO of one of the crown jewels in its Vision Fund portfolio, the South Korean e-commerce company Coupang.

SoftBank also benefitted from the rising stock price of Uber, in which it had invested billions before the ride-hailing company had its IPO. DoorDash, another Vision Fund portfolio company, also had a successful IPO last year.

SoftBank’s Vision Fund, a $100 billion fund for placing big bets on technology start-ups, has investments in companies like the online grocer GoPuff, self-driving car company Aurora and fitness tech company Whoop. SoftBank is invested in about 200 companies through its two Vision Funds.

The huge quarter comes after a remarkable slump for companies SoftBank made huge bets on, especially WeWork. WeWork botched its high-profile IPO in 2019, nuking billions in value from the buzzy start-up and ultimately leading to the ouster of its co-founder and CEO, Adam Neumann.

Still, Son seemed optimistic about WeWork when asked if he had any regrets about his investments.

“WeWork is turning around now,” Son said, adding that he expects the company to be profitable “sometime in the next several quarters.”

But beyond the WeWork debacle, Son said he has bigger regrets for the investments he passed on, such as Airbnb and software company Snowflake. He said he didn’t invest in Airbnb because he thought it was too expensive at the time. Shares of Airbnb are down about 4% year to date, but it still maintains an $85 billion market cap.

“I saw they’re a pretty good company, a great business model, great talent an so on,” Son said of Airbnb. “I thought the price was a little too expensive. We were discussing to invest, but I was not smart enough to accept the price tag that they had a couple of years ago.”

Son said most investments he missed happened because of the price to get in on an investment. He also said that even though the Vision Fund tends to invest in high-growth, money-losing companies, he still looks for a positive outcome in the long term.

“So you have to have a pretty long view … and you have to imagine and so on,” Son said. “Sometimes you may imagine the result would be a bad result, as we have experienced, but sometimes you have to be brave enough to imagine, you know, more on the positive side.”