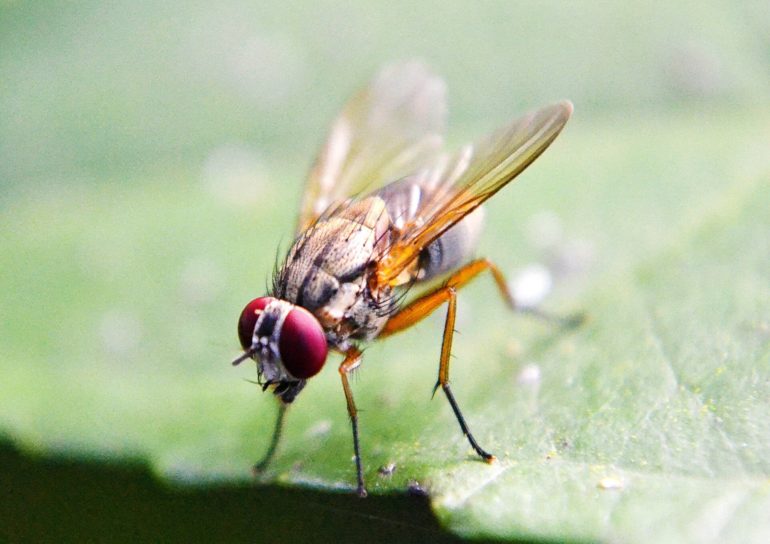 Flies have discriminating taste. Like a gourmet perusing a menu, they spend much of their time seeking sweet nutritious calories and avoiding bitter, potentially toxic food. But what happens in their brains when they make these food choices?

Yale researchers discovered an interesting way to find out. They tricked them.

In a study that could also help illuminate how people make food choices, the researchers gave hungry fruit flies the choice between sweet, nutritious food laced with bitter quinine and a less sweet, but not bitter, food containing fewer calories. Then, using neuroimaging, they tracked neural activity in their brains as they made these tough choices.

So which won? Calories or better taste?

“It depends on how hungry they are,” said Michael Nitabach, professor of cellular and molecular physiology, genetics, and neuroscience at Yale School of Medicine and senior author of the study. “The hungrier they are, the more likely they will tolerate bitter taste to obtain more calories.”

But the real answer to how flies make these decisions is a little more complex, according to the study published July 5 in the journal Nature Communications.

According to the research team, led by Preeti Sareen, associate research scientist at Yale, flies relay sensory information to a portion of their brain called the fan-shaped body, where signals are integrated, triggering what amounts to the insect version of an executive decision. The researchers found that patterns of neuronal activity in the fan-shaped body change adaptively when novel food choices are introduced, which dictates the fly’s decision over what food to eat.

But researchers went a step further. And things got even stranger. They found they could change a fly’s choice by manipulating neurons in areas of the brain that feed into the fan-shaped body. For example, when they caused a decrease in activity in the neurons involved in metabolism, the found that it made hungry flies choose the lower calorie food.

“It is one big feedback loop, not just top-down decision making,” Nitabach said.

And this is where there are connections to food choices of humans, he said. Neural activity in both a fly’s brain and a human’s brain are regulated by the secretion of neuropeptides and the neurotransmitter dopamine, which in humans helps regulate sensations of reward. Changes in this network may alter how the brain responds to different types of food. In other words, neurochemistry may sometimes dictate food choices we think we are making consciously.

“The study provides a template to understand how it is that things like hunger and internal emotional states influence our behavior,” Nitabach said.

Sareen and Li Yan McCurdy, a graduate student at Yale School of Medicine, are co-authors of the paper.