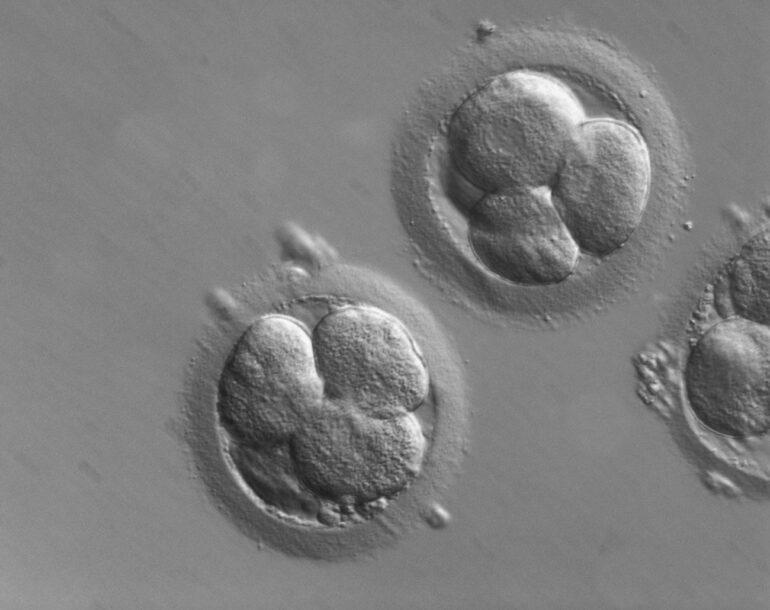 Many state legislatures are seriously considering human embryos at the earliest stages of development for legal personhood. Total abortion bans that consider humans to have full rights from the moment of conception have created a confusing legal domain that affects a wide range of areas, including assisted reproductive technologies, contraception, essential medical care and parental rights, among others.

However, an important biological feature of human embryos has been left out of a lot of ethical and even scientific discussion informing reproductive policy – most human embryos die before anyone, including doctors, even know they exist. This embryo loss typically occurs in the first two months after fertilization, before the clump of cells has developed into a fetus with immature forms of the body’s major organs. Total abortion bans that define personhood at conception mean that full legal rights exist for a 5-day-old blastocyst, a hollow ball of cells roughly 0.008 inches (0.2 millimeters) across with a high likelihood of disintegrating within a few days.

As an evolutionary biologist whose career has focused on how embryos develop in a wide variety of species over the course of evolution, I was struck by the extraordinarily high likelihood that most human embryos die due to random genetic errors. Around 60% of embryos disintegrate before people may even be aware that they are pregnant. Another 10% of pregnancies end in miscarriage, after the person knows they’re pregnant. These losses make clear that the vast majority of human embryos don’t survive to birth.

The emerging scientific consensus is that high rate of early embryo loss is a common and normal occurrence in people. Research on the causes and evolutionary reasons for early embryo loss provides insight into this fundamental feature of human biology and its implications for reproductive health decisions.

Intrinsic embryo loss, or embryo death due to internal factors like genetics, is common in many mammals, such as cows and sheep. This persistent “reproductive wastage” has frustrated breeders attempting to increase livestock production but who are unable to eliminate high embryonic mortality.

In contrast, most embryo loss in animals that lay eggs like fish and frogs is due to external factors, such as predators, disease or other environmental threats. These lost embryos are effectively “recycled” in the ecosystem as food. These egg-laying animals have little to no intrinsic embryo loss.

Google’s Supermodel: DeepMind Perceiver is a step on the road to an AI machine that could process anything and everythin