Most online spending so far this year, Adobe says 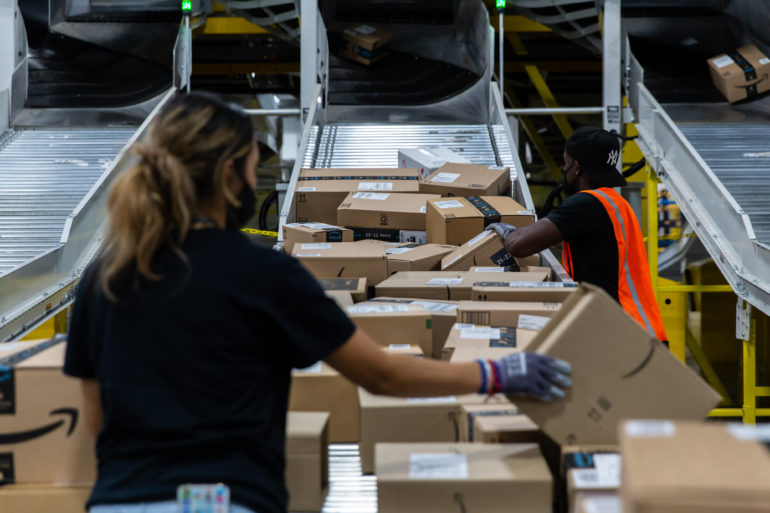 The first day of Amazon’s 48-hour Prime Day event is expected to have driven the most online sales over a 24-hour period so far this year, according to new data released Tuesday.

Sales during the first 24 hours of Amazon’s megasale, which kicked off at 3 a.m. ET on Monday, are set to surpass $5.6 billion, representing 8.7% growth year over year, according to an index tracked by Adobe Analytics, which looks at more than 1 trillion visits to U.S. retail sites and over 100 million items across 18 product categories.

However, Adobe isn’t comparing this year’s Prime Day shopping extravaganza with last year’s, which occurred in October. The event had traditionally taken place in July until the Covid pandemic forced a delay. And this year, Amazon shifted the deals slightly sooner so that Prime Day would fall during what is typically a shopping lull in the second quarter.

Businesses including Walmart, Target, Best Buy and Kohl’s have been offering competing markdowns this week.

Read more about what Amazon and others have planned for this year’s sales events:

Adobe said that retailers that bring in more than $1 billion in revenue each year reported a 28% increase in e-commerce sales on Monday compared with the same day a year earlier, while smaller retailers doing less than $10 million in annual revenue saw a 22% lift.

“The first day of Prime Day successfully accelerated spending momentum for U.S. e-commerce to new heights, in an online retail environment that is already experiencing elevated level of growth due to the pandemic,” said Jason Woosley, vice president of commerce product and platform at Adobe.

The biggest discounts found on Amazon’s website on Monday were for toys, Adobe said, with prices dropping 12% on average. Appliances averaged a 5.2% discount, while electronics were marked down about 3%, Adobe said.

The firm said the best deals across all categories of products are expected to come later this year during the holidays. A number of brands have opted not to discount any products this week. Logistics headaches have also put a tightened grip on inventories and have meant retailers have less goods on hand to mark down.

Amazon shares were rising less than 1% by Tuesday morning. The company’s market cap is over $1.7 trillion.