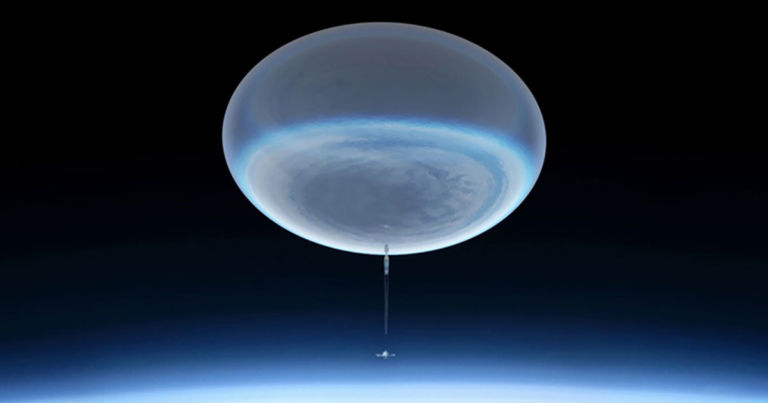 NASA is planning to watch newborn stars from high up in the Earth’s atmosphere, using a gigantic football stadium-sized balloon.

The plan is for a 400-foot wide balloon to float over Antarctica for about three weeks at an altitude of around 24.6 miles (40 kilometers) — well below the internationally agreed-upon edge of space, but high enough to observe far-infrared light that’s blocked by Earth’s thick atmosphere.

“With ASTHROS, we’re aiming to do astrophysics observations that have never been attempted before,” he added. “The mission will pave the way for future space missions by testing new technologies and providing training for the next generation of engineers and scientists.”

By observing far-infrared light, the team is hoping to measure the motion and speed of gas clouds surrounding newly-formed stars. The goal will be to create detailed 3D maps of how these gas clouds move and how they affect or impede the formation of new stars.

JPL is planning to integrate and test the 8.4 foot telescope, its science instrument, as well as other electronic systems in early August. These systems will hang underneath the massive balloon tucked inside a gondola.

If all goes according to plan, the team hopes to have the balloon circle around the South Pole three times over three to…