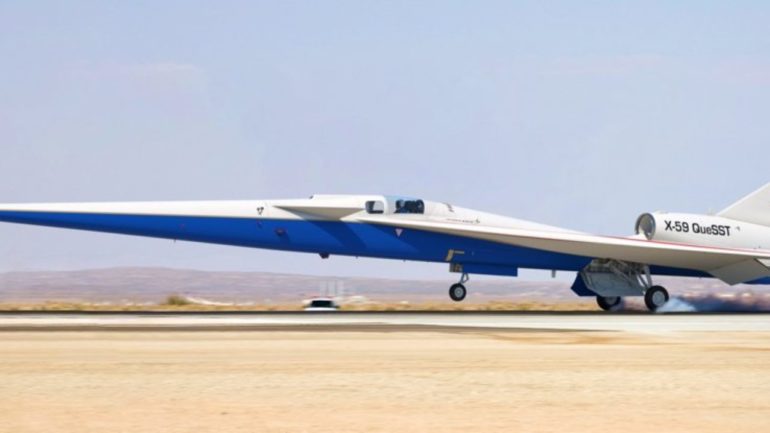 The future had arrived. There was only one problem: it was deafening.

In the 1960s, the development of supersonic passenger aircraft promised to revolutionise the concept of international travel, teasing flights from New York to Paris in under 3.5 hours – less than half the duration of conventional subsonic jaunts.

With the famed Concorde, that incredible travel time became a luxurious reality for rich jetsetters, but the extreme noise pollution of sonic booms unleashed by aircraft breaking the speed of sound helped ground the supersonic dream.

Now, NASA has a bold plan to bring supersonic transport (SST) back to life: the X–59.

The X–59 Quiet SuperSonic Technology (QueSST), to give it its full name, is an experimental jet being developed by the space agency, with a specific aeronautic design intended to cut down on sonic booms when the aircraft reaches supersonic speed.

The ambitious proof-of-concept project is the result of long years of research and development, and the design just passed a major technical hurdle this week, receiving clearance for final assembly, as announced by NASA.

What that means is that the X–59 is on track to have its first test flight in 2021, the details of which will be confirmed and approved next year.

The jet, which will still produce sonic boom shockwaves – but much quieter ones, expected not to disturb civilians on the ground – is currently being built by Lockheed Martin, in a project costing close to US$250 million.

When it’s complete, we’ll get a chance to see whether all that high-tech R&D delivers on its whisper-quiet promise, and if it does, supersonic transportation could once again get its chance to soar across the…