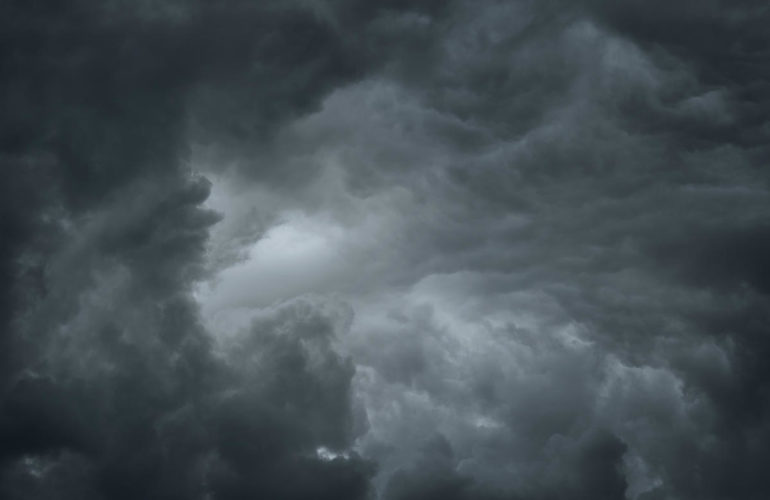 The company responsible for the National Broadband Network told Senate Estimates on Friday it was looking for a permanent solution to lightning strikes taking out fibre to the curb (FttC) equipment.

“We quickly set up a group within our engineering team to investigate and we also retrieved damaged devices for analysis. What we are finding is that this is a complex issue; it is not a simple case of lightning travelling down a wire and tripping a fuse.”

Rue said the issue was occurring when lightning struck the ground and created a voltage difference between the ground and neutral connections in premises that were connected via an FttC distribution point.

“Our suppliers have said to us that the components in this scenario fail in a safe way, but that this also means the broadband connection to the home is lost,” he said.

“There have been reports from some customers of black marks on devices and sometimes outside the device, on a table for example. Our suppliers confirmed to us that multiple units with this marking have been inspected and that these black marks present no safety concern.”

The NBN boss said the company had boosted the number of technicians available in various areas prior to storm events, while increasing inventory on hand to replace failed equipment.

“With our retail service providers, we are also actively trialling a self-restoration ‘plug and play’ kit posted directly to impacted customers, removing the need for wait for a technician visit to restore their service,” Rue said.

“These are temporary measures, of course, and we continue to look at options to strengthen our devices; for example, potentially replacing some customers’ equipment to minimise the impact of lightning on our network in these regions.”

NBN faced a grilling from Labor senators over how the company ensures the contracts between prime contractors and subcontractors are compliant. In particular, the questions revolved around NBN’s response to a class action being launched against one of its contractors, BSA, in August.

Shine Lawyers alleged at the time that BSA incorrectly classed its workforce as subcontractors when they should have been employees.

“The technicians believed they were subcontractors when we say in all respects they were employees and are entitled to minimum wage, overtime, sick leave, annual leave, and superannuation,” Shine Lawyers class actions practice leader Vicky Antzoulatos said in August.

“We believe the technicians ended up with considerably less money in their pocket as a result of sham-contracting and this type of system of work needs to be called out, especially during these tough economic times when people are hurting.”

“We’re very mindful of … the contracts that we have with them but …. it’s not something that we monitor, we monitor our relationship with our contractors,” she said.

“We are very confident in our governance and audit process we have in place with our delivery partners that they are complying with the nature of the contracts that we have with them.”

Weighing in, Rue said NBN can direct one of its contractors to provide a statutory declaration that subcontractors had been paid, but that he wasn’t aware of any breach.

“Surely, it’s the obligation of the delivery partner to comply with all legislation, laws, employment law, health and safety etcera, and our contracts with them require them to do that,” Rue said.

“It is the delivery partners obligation to comply with the law.”

Dyer also told Senators the company had lowered its complex build number down to around 25,000, and would have the majority connected to the network by the end of June.

“Of the residual 25,000 odd that we’ve got on the books, some of the hold-ups we’ve had, we’ve been obviously very accommodating during COVID in Victoria. Particularly, a number of retirement villages, for example, asked us not to come on-site to build to those villages, so we’ve been very collaborative and accommodating, but most of those restrictions are now being removed,” she said.

Elsewhere in the hearing on Friday, NBN said it had looked at the idea of flat-fee access to the network, which would remove the contentious CVC charge, but could not come up with a model that worked across all its retailers.

“The fact is that the dialogue is held with each individual retail provider, which all have different levels of usage, different customers on the network, and different outcomes. So, it’s not possible to take one specific answer and go ‘Here you are’,” Rue said.

Rue added that 46% of HFC customers were able to order a 500-1000Mbps ultrafast broadband plan.

“NBN Co executives made the bewildering admission they have, at no point, provided flat access price modelling to retail service providers,” she said.

“This admission indicates NBN Co’s latest pricing review is not a consultation, but a process designed to obfuscate and essentially go nowhere.”This practice of having pricing consultation processes, with nothing meaningful to consult on, is no longer sustainable.”

NBN looking for regional councils and governments to pay

That money is set to be used to fund projects that NBN will get a return on, with state governments and local councils asked to pay for at least half of the capital expenditure needed to get upgraded infrastructure built.

“The fund is intended to primarily target towns and localities in rural and remote areas outside greater capital cities that are served by NBN’s fixed wireless or satellite infrastructure, and seek co-investment from local, state or federal government to uplift digital capability in these towns or localities, and to increase the number of premises that can access technologies that support higher speeds,” the company said.

How the pandemic has affected new mothers

Governments will need to make an application to NBN to use the fund, which will have to detail the “expected socioeconomic benefits” of upgraded the network. NBN would then provide applicants with a build quote, and how much of the cost the company was willing to kick in.

“By applying the same commercial return requirement to the analysis of each locality, NBN intends to develop a level playing field and consistent benchmark by which to measure and compare projects,” it said.

“This process will involve determining what percentage of overall costs NBN can contribute to the upgrade of each locality, and the percentage of total costs which will need to be contributed by applicants of the fund in order to achieve NBN’s threshold commercial return.”

Responses to the consultation paper are expected by April 29, with NBN pencilling in a timetable that would see expressions of interest filed between June and September, with outcomes to be notified in October and November. NBN said it expects to complete any works using the fund, which would include any subsequent funding rounds, by the end of June 2024.

On the flip side, Communications Minister Paul Fletcher said on Thursday that NBN would reduce the wholesale price for its business satellite service by 40%.

“This will give businesses cheaper access to dedicated capacity and enjoy wholesale speeds of up to 50/13Mbps, and also provide the option of unlimited data to provide the core connectivity required for critical business applications,” Fletcher said.

The price is wrong

NBN is currently undertaking a pricing consultation, with the Australian Communications Consumer Action Network (ACCAN) warning this week that if prices were not dropped, users would switch to 5G fixed wireless services instead.

“As the NBN rollout is now functionally complete and we continue to see take up rates increase, we’d expect to see the per unit cost of supplying the service decrease for NBN Co, meaning that they’ll be in a stronger position to provide additional data to retail service providers and by extension, consumers,” ACCAN said.

It added that low-income Australians should be able to get a 50Mbps connection for AU$30 a month in order to do the basics online, and was concerned that symmetrical 50Mbps and 100Mbps targetting small businesses would see a 23% to 28% rise in plan prices by May 2022.

“We’re keen to understand the rationale behind such a steep increase in price, as it is likely to result in customers switching to cheaper lower speed tiers which may not be appropriate for their needs,” ACCAN CEO Teresa Corbin said.

“We’ve spoken to a number of small businesses who explain that they are frankly confused by the current NBN business products available on the market and why they would benefit from what they see as just a more expensive option.

“This has resulted in many small and micro businesses signing up for residential plans that don’t meet their needs when it comes to service reliability, upload speeds, and support.”

Echoing similar thoughts, Aussie Broadband has said NBN’s proposals are inadequate, and that it wants a return to the sort of boost in capacity that NBN handed out during the height of the coronavirus pandemic in Australia. It has also called for the CVC to be killed off altogether.

“The telco industry has effectively come off 12 months of not having to worry about CVC, other than network traffic during COVID,” Aussie Broadband managing director Phil Britt said.

“The NBN proved during the pandemic that it completely supported the needs of both the industry and consumers, and we’re looking for this support to continue. We believe this is in the interest of all Australians.”