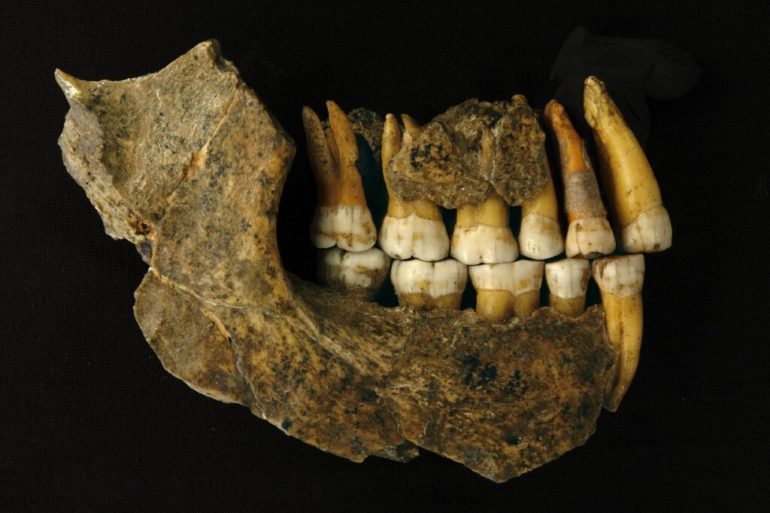 Neanderthal fossils from a cave in Belgium believed to belong to the last survivors of their species ever discovered in Europe are thousands of years older than once thought, a new study said Monday.

Previous radiocarbon dating of the remains from the Spy Cave yielded ages as recent as approximately 24,000 years ago, but the new testing pushes the clock back to between 44,200 to 40,600 years ago.

The research appeared in the Proceedings of the National Academy of Sciences and was carried out by a team from Belgium, Britain and Germany.

Co-lead author Thibaut Deviese from the University of Oxford and Aix-Marseille University told AFP he and colleagues had developed a more robust method to prepare samples, which was better able to exclude contaminants.

Having a firm idea of when our closest human relatives disappeared is considered a key first step toward understanding more about their nature and capabilities, as well as why they eventually went extinct while our own ancestors prospered.

The new method still relies on radiocarbon dating, long considered the gold standard of archeological dating, but refines the way specimens are collected.

All living things absorb carbon from the atmosphere and their food, including the radioactive form carbon-14, which decays over time.

Since plants and animals stop absorbing carbon-14 when they die, the amount that remains when they are dated tells us how long ago they lived.

When it comes to bones, scientists extract the part made up of collagen because it is organic.

“What we have done is to go one step further,” said Deviese, since contamination from the burial environment or through glues used for museum work can spoil the sample.

Instead, the team looked for the building blocks of collagen, molecules called amino acids, and in particular selected specific single amino acids they could be sure were part of the collagen.

“Dating all these Belgian specimens was very exciting as they played a major role in the understanding and the definition of Neanderthals,” said co-lead author Gregory Abrams, of the Scladina Cave Archaeological Centre in Belgium.

“Almost two centuries after the discovery of the Neanderthal child of Engis, we were able to provide a reliable age.”

Genetic sequencing was meanwhile able to show that a Neanderthal shoulder bone previously dated at 28,000 years ago was heavily contaminated with bovine DNA, suggesting the bone had been preserved with a glue made from cattle bones.

“Dating is crucial in archaeology. Without a reliable framework of chronology we can’t really be confident in understanding the relationships between Neanderthals and Homo sapiens,” added co-author Tom Higham of the University of Oxford.

Certain stone tool use has been attributed to Neanderthals and has been interpreted as a sign of their cognitive evolution, said Deviese.

But if the timeline for Neanderthals’ existence is being pushed back, Deviese added, then Paleolithic industries should be re-examined to determine if they really were the work of the extinct hominid species.