Need developers, project managers or CIOs? Watch out, because the rules of tech hiring are changing 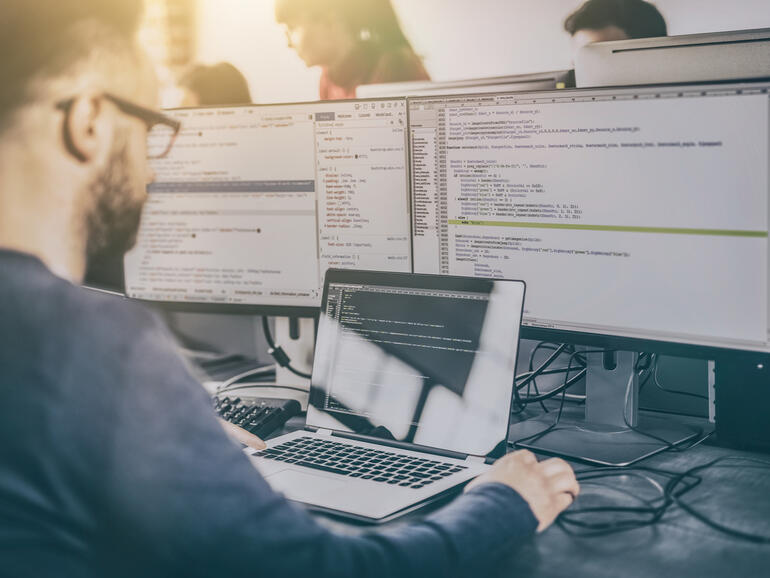 There has always been a tech skills crisis, pretty much ever since the days when computers filled entire rooms and were fed instructions on punch cards.

There are plenty of reasons for this, but fundamentally we are not training enough people to fill the jobs that are out there.

And even if we could, there’s always going to be a mismatch between the education that students absorb in college and the skills they need in the world of work. Businesses rarely plan more than a few months ahead, and the skills they need are constantly in flux anyway, making it hard for education to keep pace. And, of course, tech is a fast-moving industry in which skills go out of fashion quickly. As a result, many employees will require regular retraining.

The events of the last 18 months have made the skills shortage even worse. Developers, IT support staff and project managers are exhausted after first helping organisations make a rapid switch to working from home, and then supporting further adjustments to business models. Around 80 percent of developers report being burned out, with around half blaming their workloads.

On top of that, many organisations are now kicking off huge digital transformation projects to build on the changes they were forced to make during the pandemic. Inevitably, the pressure on IT staff will start building again, because you simply can’t run these projects without developers or project managers or CIOs.

On top of that, employers are unveiling their plans for a return to the office, even though significant numbers of staff remain reluctant to resume their commutes. Exhausted developers, thoughtless employers and a major tech skills shortage? No wonder many are talking about the ‘great resignation’, as workers gear up to quit: half of tech staff are considering leaving their jobs.

Many employers are very bad at hiring and retaining the right people and offering the training and development opportunities that developers want. And when employers fail to provide that structure, you can hardly blame tech staff for moving on rapidly to new jobs (three-quarters of tech security professionals say they are approached by recruiters every month).

The end result is a significant realignment going on in the tech skills market. For far too long employers have failed to create the right conditions for success. Employers haven’t fully understood they skills they require, have had unrealistic expectations about employees’ levels of experience, or have not paid enough. They have also paid insufficient attention to career development and training.

Right now, tech workers are in high demand and have a strong negotiating position. Not just in terms of salary, but also in terms of flexible and remote working requirements. Listening to what developers and other tech workers want might be a big step towards solving the skills crisis, by creating a better working environment and more attractive career path. The rules of tech recruiting are changing, and employers who are also willing to change will reap the benefits.