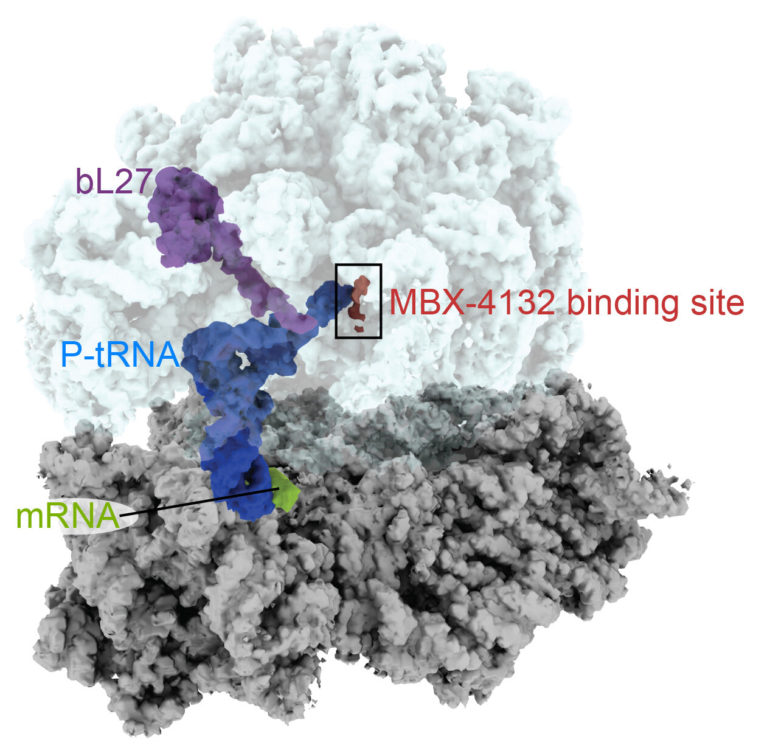 A new antibiotic compound clears infection of multi-drug resistant gonorrhea in mice in a single oral dose, according to a new study led by researchers at Penn State and Emory University. The compound targets a molecular pathway found in bacteria but not humans and could lead to new treatments for gonorrhea and infections from other bacteria, such as tuberculosis and MRSA.

The research team, which also includes scientists from the biopharmaceutical company Microbiotix, the Uniformed Services University, and Florida State, published their results in a paper appearing March 19 in the journal Nature Communications.

Gonorrhea infects more than 500 thousand people in the United States each year, and several strains of the bacteria that causes the disease, Neisseria gonorrhoeae, are resistant to multiple antibiotics in use today. For this reason, the Centers for Disease Control and Prevention (CDC) lists multi-drug resistant gonorrhea as one of the five most dangerous urgent threats today.

“Many current antibiotics target the process of translation—when proteins are made based on information in genetic material—within the bacteria,” said Ken Keiler, professor of biochemistry and molecular biology at Penn State and an author of the paper. “Over the last decade, we have been investigating a family of compounds that instead inhibit the trans-translation pathway in bacteria, which bacteria use to fix certain kinds of errors during protein synthesis. In this paper, we provide a proof-of-concept that inhibiting the trans-translation pathway can effectively clear multi-drug resistant gonorrhea in animals.”

The researchers previously identified a promising trans-translation inhibitor that clears gonorrhea infection in lab cultures but is ineffective in animals because the compound breaks down. In this study, members of the research team at Microbiotix strategically altered the compound to identify which portions of its structure were necessary to inhibit the pathway and which could be changed to improve its stability.

“Our iterative optimization campaign evaluated over 500 versions of the compound to assess their potency, toxicity, and other pharmacological properties,” said Zachary Aron, director of chemistry at Microbiotix and an author of the paper. “We determined that the central region of the compound plays a critical role in blocking the trans-translation pathway, however modifications at the periphery could be altered to modulate its pharmacological properties. By altering a functional group to sidestep the primary mechanism of metabolism, we can create versions of the compound that are much more stable in animals.”

Members of the research team at the Uniformed Services University then tested one of these modified compounds, MBX-4132, in mice. Their experiments utilized the gonorrhea strain WHO-X, an extremely virulent pathogen that is resistant to almost all approved antibiotics. A single oral dose of the compound completely cleared the infection in 80% of mice within six days, and the bacterial load in the remaining 20% was dramatically reduced.

“Developing a single dose therapy for gonorrhea is incredibly important,” said Keiler. “In some cases, bacteria can develop resistance to a drug when additional doses are skipped, for example when a patient starts to feel better and stops taking antibiotics. With a single dose therapy, a patient could complete the treatment during a visit to their health provider.”

To better determine how the compound inhibits the trans-translation pathway, members of the research team at Emory University and Florida State University used cryo-electron microscopy (cryo-EM) to produce high-resolution images of the compound as it binds to the bacterial ribosome—the macromolecule where proteins are synthesized.

“A derivative of MBX-4132 binds to a location on the ribosome that is different from all known antibiotic binding sites,” said Christine Dunham, associate professor of biochemistry at Emory University and an author of the paper. “The new drug also displaces a region of a ribosomal protein that we think could be important during the normal process of trans-translation. Because trans-translation only occurs in bacteria and not in humans, we hope that the likelihood of the compound affecting protein synthesis in humans is greatly reduced, a hypothesis strongly supported by the safety and selectivity studies performed by Microbiotix.”

The research team plans to further optimize the compound before pursuing preclinical trials.

“This type of compound is actually a broad-spectrum inhibitor,” said Keiler. “It is effective against most Gram-positive bacteria—including tuberculosis and difficult-to-treat staph infections (MRSA)—and some Gram-negative bacteria and could be a promising candidate for future treatments. In this study, we lay the groundwork for using this type of compound and demonstrate that inhibiting the trans-translation pathway in bacteria is a viable antibiotic strategy.”