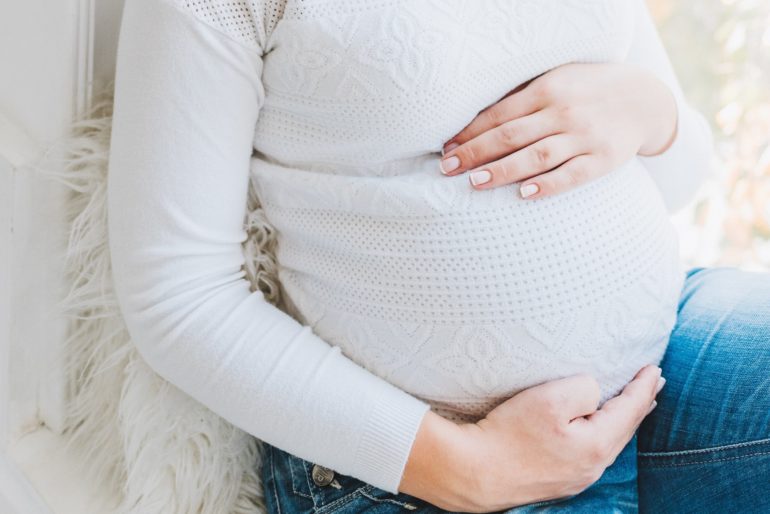 A research study at the University of Chicago has found that in pregnancy, while the T cell response to a fetus becomes tolerant to allow for successful pregnancy, the part of the immune system that produces antibodies (known as the humoral response) becomes sensitized, creating memory B cells that can later contribute to the rejection of a transplanted organ.

The results help to clarify why it is that the immune system can tolerate a fetus during pregnancy, but later may be more likely to become sensitized to and reject an organ transplant. The study was published on January 4, 2021 in the Journal of Clinical Investigation.

The immune system is designed to respond to and protect against foreign invaders; it does this by recognizing molecules on foreign cells, known as antigens, and mounting an immune response that produces T cells to target and attack foreign cells directly, as well as memory B cells that produce antibodies to tag foreign cells for destruction by other blood cells.

In most cases, this system is extremely beneficial—but in pregnancy, some adaptation is required to prevent the rejection of a fetus, which only shares half its genes with the mother and therefore presents foreign antigens to the mother’s immune system.

This also has the paradoxical effect of increasing the risk of a rejection for a transplanted organ (or allograft) after a person has given birth, particularly if the transplanted organ such as a kidney is from the father of their children.

This new research was inspired by prior work showing that T cells become tolerized during pregnancy, meaning they don’t respond to fetal antigens. “This was paradoxical to the transplant field, where we consider pregnancy a sensitizing event,” said co-senior author Anita Chong, Ph.D., a professor of surgery at UChicago. “I wanted to know why it was that pregnancy resulted in sensitization to an allograft (transplanted organ) from the male partner, but enhanced tolerance to a fetus expressing the same antigens.”

In the study, the investigators examined the immune response of female mice after receiving a transplanted heart from one of their offspring. By tracking both the T cell response and the humoral response, they could follow both arms of the immune response and study their effects on transplant rejection. They saw that the T cells did not react to the allograft, but the memory B cells did, producing antibodies against foreign antigens from the transplanted heart.

“Our assumption was that both arms of the immune system would be sensitized to the offspring-matched transplanted organ,” said Chong, “But there’s something about the fetus promoting T cell tolerance that is also preserved for the allograft. On the other hand, the antibodies that are produced to the fetus do not harm the fetus, but cause the rejection of the allograft.”

Given the biology of pregnancy, the investigators say, these results make sense.

“Pregnancy cannot evolve to completely eliminate the humoral response because it’s critical for a mother to be able to produce antibodies against infectious pathogens during pregnancy and breastfeeding; it’s the only immunity a mother can pass to their child. So, the immune system is primed to make antibodies against anything foreign during this period, including those expressed by the fetus,” said Chong. “As a result, the placenta has evolved ways to handle these antibodies in order to prevent fetus rejection in subsequent pregnancies.”

These results are a promising start for preventing transplant rejection in people after pregnancies in the future.

“There is potential for applying therapies that would eliminate memory B cells and antibodies that now make it more difficult for these women to accept a transplant,” said co-senior author Maria-Luisa Alegre, MD/Ph.D., a professor of medicine at UChicago. “This would level the playing field for women with children. We could eliminate antibodies and B cells before transplantation and eliminate the problem, while T cell responses to antigens shared by the fetus and the transplant would already be spontaneously partially suppressed.”

Google’s AI taps into the minds of the great poets

As part of their ongoing collaboration, Chong and Alegre hope to continue working on this puzzle. “One aspect of future research is to see if we can exploit this ability of pregnancy to tolerize T cells to have better acceptance not only in people who have been pregnant, but in everybody,” said Alegre. “Outside of pregnancy, people can get sensitized prior to transplantation in different ways, from disease or environmental antigens, and it can be difficult to protect the transplant from cross-reactive memory T cells. Now we’re looking at how pregnancy can tolerize these memory T cells that are otherwise difficult to immunosuppress with current drugs.”