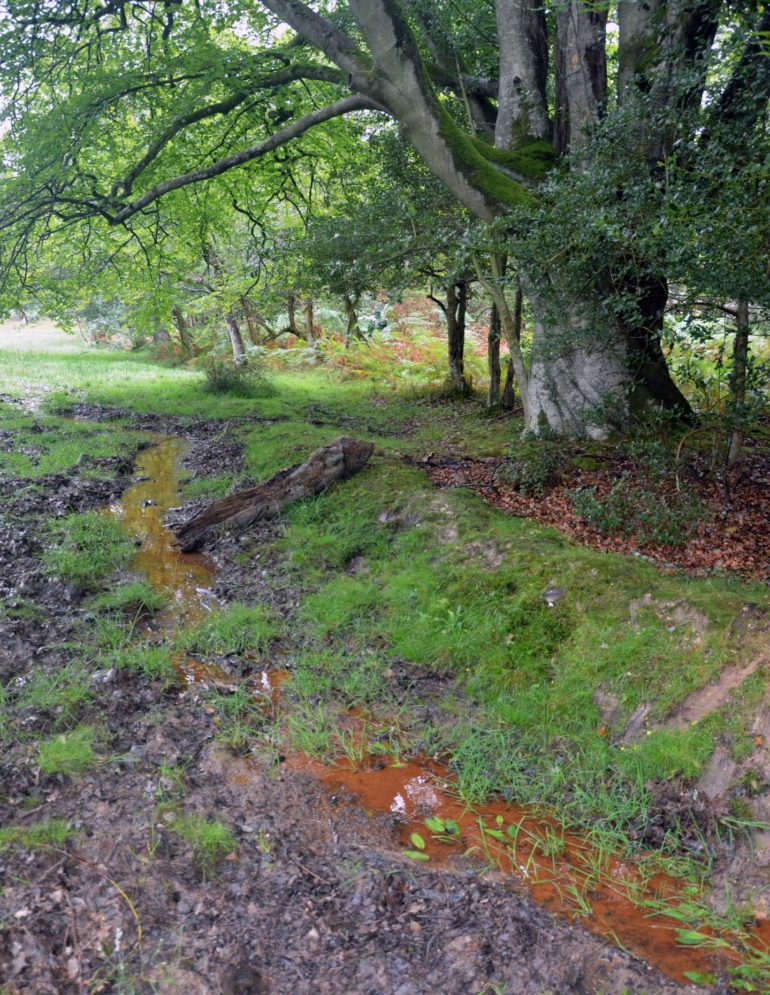 The functions of water-dominated ecosystems can be considerably influenced and changed by hydrological fluctuation. The varying states of redox-active substances are of crucial importance here. Researchers at the University of Bayreuth have discovered this, in cooperation with partners from the Universities of Tübingen and Bristol and the Helmholtz Centre for Environmental Research, Halle-Leipzig. They present their discovery in the journal Nature Geoscience. The new study enables a more precise understanding of the biogeochemical processes that contribute to the degradation of pollutants and the reduction of greenhouse gas emissions.

Reducing the generation of greenhouse gases, storing carbon, removing environmental pollutants such as nitrate, and providing high-quality drinking water—these are important services provided by aquatic ecosystems, such as lakes, streams, marshes, and bogs. The functions of such aquatic ecosystems are closely linked to the cycles of oxygen, nitrogen, carbon, and other elements in nature. It has long been known that elemental cycles are interconnected biogeochemical processes that can be significantly influenced by hydrological fluctuation. Examples of this are fluctuations in the water level of wetlands, peatlands, and groundwater, or even changing flow directions in groundwater.

The research team led by Prof. Dr. Stefan Peiffer at the University of Bayreuth has now succeeded in understanding the dependence of element cycles on hydrological fluctuation more precisely. As numerous laboratory studies have shown, redox-active substances have a key function in this. “Anyone who has ever trudged through a swamp or rummaged in the sand of a swimming lake will have noticed these substances because of their variety of color. In a very confined space, color shades alternate from deep black to grey and brown to light red. What is behind this is an interplay of microbiological and chemical processes in which electrons are being transferred. In research, we call them redox reactions,” says Peiffer.

A comparatively simple form of redox reaction is respiration in humans and animals. Carbon is oxidized by oxygen to form carbon dioxide. In the microbially driven redox reactions that take place in a swamp, for example, the role of oxygen is taken over by a variety of redox-active substances—iron, sulfur, and manganese compounds or humic substances. The life span of these substances is very short, but they show a very strong tendency to engage in redox reactions. They are therefore called “redox-active metastable phases” (RAMPs). Due to their high reactivity, RAMPs play a major role in elemental cycles in ecosystems. For example, they are able to degrade pollutants such as nitrates or various other organic chemicals.

One reason for the short lifespan of RAMPs is the constant change between electron-donating and electron-accepting conditions. The study, published in Nature Geoscience, comes to a conclusion decisive for ecological and environmental research. The dynamics of the redox reactivity of RAMPs is triggered by hydrological fluctuations that occur in shore zones, in wetlands, in waterlogged soils, in rice-growing soils or at the surface of sediments in lakes and rivers. These small-scale biogeochemical reactions, in turn, influence the large-scale reactions of the ecosystem, for example, the amount of greenhouse gases released into the atmosphere. This makes it understandable for the first time how hydrological fluctuations, for example fluctuating water levels, affect elemental cycles in nature, and thus the functioning of ecosystems.

“Our study shows that biogeochemical reactions on a scale of only a few micrometers form an important crux between two large-scale processes: Between hydrological fluctuations on the one hand, and ecosystem functions on the other. Our new findings will therefore help to better predict pollutant degradation in aquatic ecosystems in future. The consequences of climate change for carbon and nitrogen conversion in these ecosystems may also be more accurately assessed in future,” says Peiffer.


Citation:
New study explores functionality in aquatic ecosystems (2021, May 7)
retrieved 9 May 2021
from https://phys.org/news/2021-05-explores-functionality-aquatic-ecosystems.html